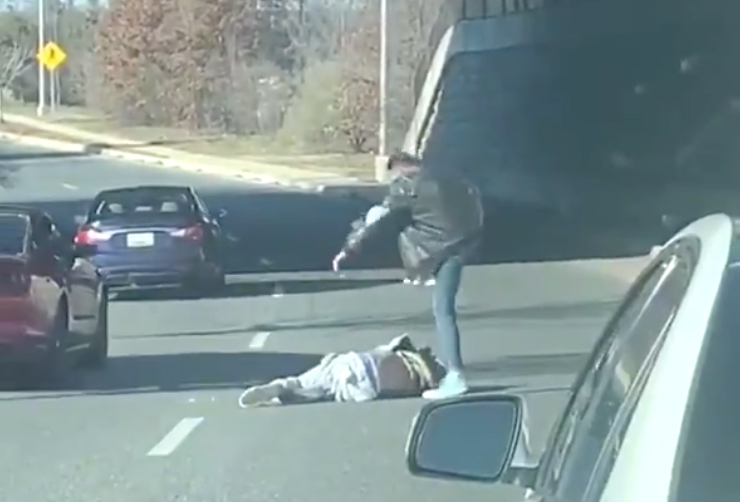 Longtime Cleveland Cavaliers fans may cringe at what has become of Delonte West since his playing days ended.

Some very sad and even disturbing video surfaced of West on the streets of the Washington, D.C. area.

Apparently Delonte West was seen getting beat up in the street this Morning. I went to school with him and it’s crazy to see just how his life has gone downhill since the NBA. pic.twitter.com/chm6Sbu9h6

This is not funny ? #socialmedia I'm sure some of your family members are battling with the same demons. #DelonteWest pic.twitter.com/rulc1bYR69

It’s unclear what precipitated both incidents, but one thing’s for sure: West has fallen on very hard times since his NBA days.

He was once a productive role player from 2004 to 2012 and played a key role in the emergence of the Cavs as title contenders during the late 2000s.

However, off-the-court rumors involving him and LeBron James dogged the former Saint Joseph’s University star during the 2009-10 season. After being waived by the Dallas Mavericks in the fall of 2012, West spent a year playing pro ball in China.

However, there have been many rumors that he has been homeless for the past few years. These rumors began after a photo of him panhandling in a D.C. suburb went viral, which led West to deny that he was indeed homeless.

He has dealt with mental health issues over the years. It’s been speculated that he once received a diagnosis of bipolar disorder, something that West has disputed.

Here’s to hoping West gets the help he needs to get his personal life fully in order.