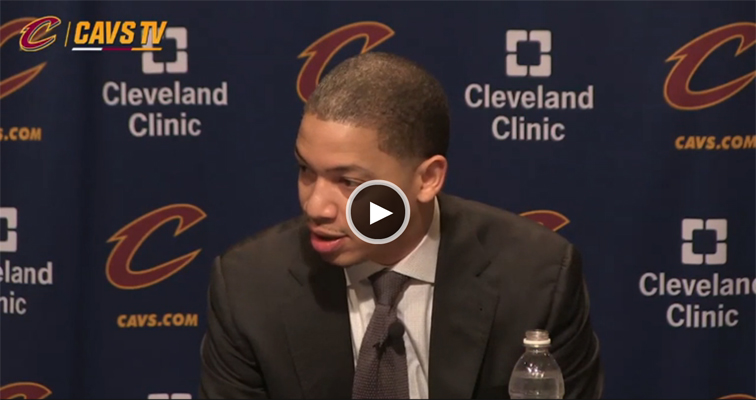 In the Cleveland Cavaliers’ postgame press conference on Monday night after the team’s loss to the Memphis Grizzlies, head coach Tyronn Lue was asked a question that fans may have been wondering themselves for quite some time.

A reporter from ESPN Cleveland asked Lue about what went through his mind during the Cavs’ final play as the Cavs were down three for the final shot.

“Well most of the time if it’s need two, then we go to Kyrie (Irving) or LeBron (James), but need three we mostly go to Kyrie, unless J.R. (Smith) has something going.”

One can’t fault Lue for going with this line of thinking as James has said himself earlier this season that he is not a three-point shooter.