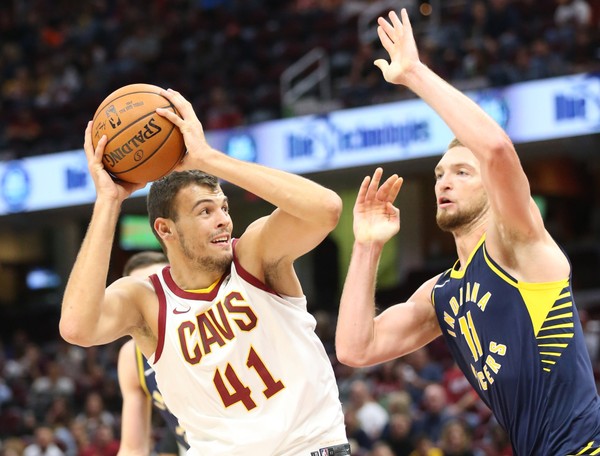 The Cleveland Cavaliers announced a roster change on Sunday that will mean that one of the team’s newcomers, Ante Zizic, will be sent to the team’s G League team in nearby Canton. The move was necessary because of the addition of forward John Holland.

With John Holland with the Cavs for their game in Detroit, Cleveland announces it has assigned Ante Zizic to the Canton Charge for a G-League assignment

Zizic was part of the deal that brought Isaiah Thomas, Jae Crowder and a 2018 draft pick to the Cavaliers in exchange for Kyrie Irving. Zizic will be able to get some playing time with the Charge after averaging just 4.2 minutes and playing in just five of the Cavaliers’ first 16 games.

The 6-foot-6 Holland’s contract is a two-way deal, an NBA innovation this season that allows teams to bring players up for as long as 45 days during a season. He was added after Iman Shumpert was ruled out for as long as a week.