Don't Miss
Home / Videos / Video: LeBron James Gets Into It With Frank Ntilikina and Enes Kanter

Video: LeBron James Gets Into It With Frank Ntilikina and Enes Kanter 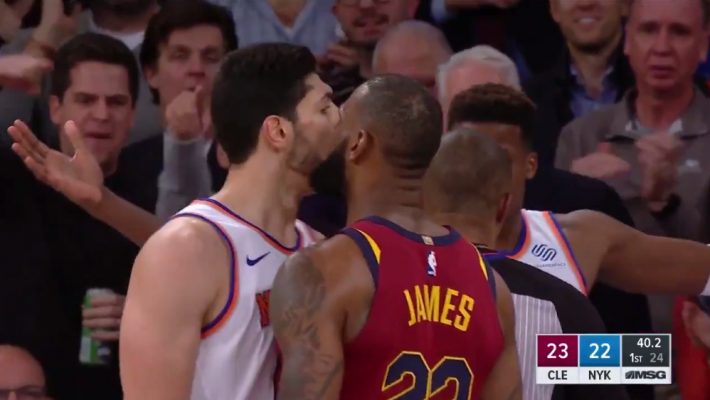 With all the hype building up for tonight’s game between the Cleveland Cavaliers and New York Knicks, the early action hasn’t been disappointing.

The reasoning for the added hype is due to Cavs superstar LeBron James‘ comments before the matchup in which he stated that the Knicks should’ve drafted Dennis Smith Jr. with the eighth pick in the draft instead of rookie Frank Ntilikina.

Several Knicks players, including feisty big man Enes Kanter, took exception to the four-time MVP’s comments and it seems that that hostility is translating to tonight’s game.

Watch as James gets into it with Ntilikina as well as Kanter late in the first quarter.

Things getting chippy between LeBron and the Knicks ? pic.twitter.com/zAhQt6QSvz