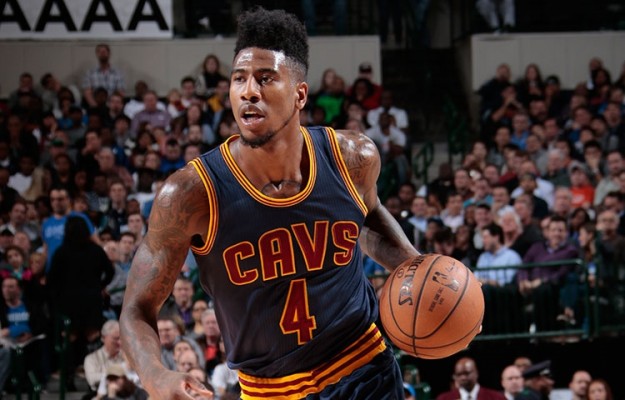 After making appearances in just two games following a wrist injury, Cleveland Cavaliers guard Iman Shumpert will once again be out of the lineup for Thursday night’s nationally-televised matchup against the Oklahoma City Thunder due to a groin injury.

That status update came via a brief statement from the team, which indicated that Shumpert was considered questionable for Sunday afternoon’s home game against the 1-26 Philadelphia 76ers. His injury came early in the fourth quarter of Tuesday night’s 89-77 road victory over the Boston Celtics, forcing him to leave the game for good.

Shumpert missed the team’s first 21 contests after having been diagnosed with a wrist injury on the first day of the Cavs’ training camp. At the time, he was scheduled to be out until January, but was able to chop approximately three weeks off that projection.

The absence of Shumpert, coupled with Kyrie Irving tweeting that he wouldn’t be returning against Oklahoma City, means that Cleveland will once again be shorthanded in the backcourt.