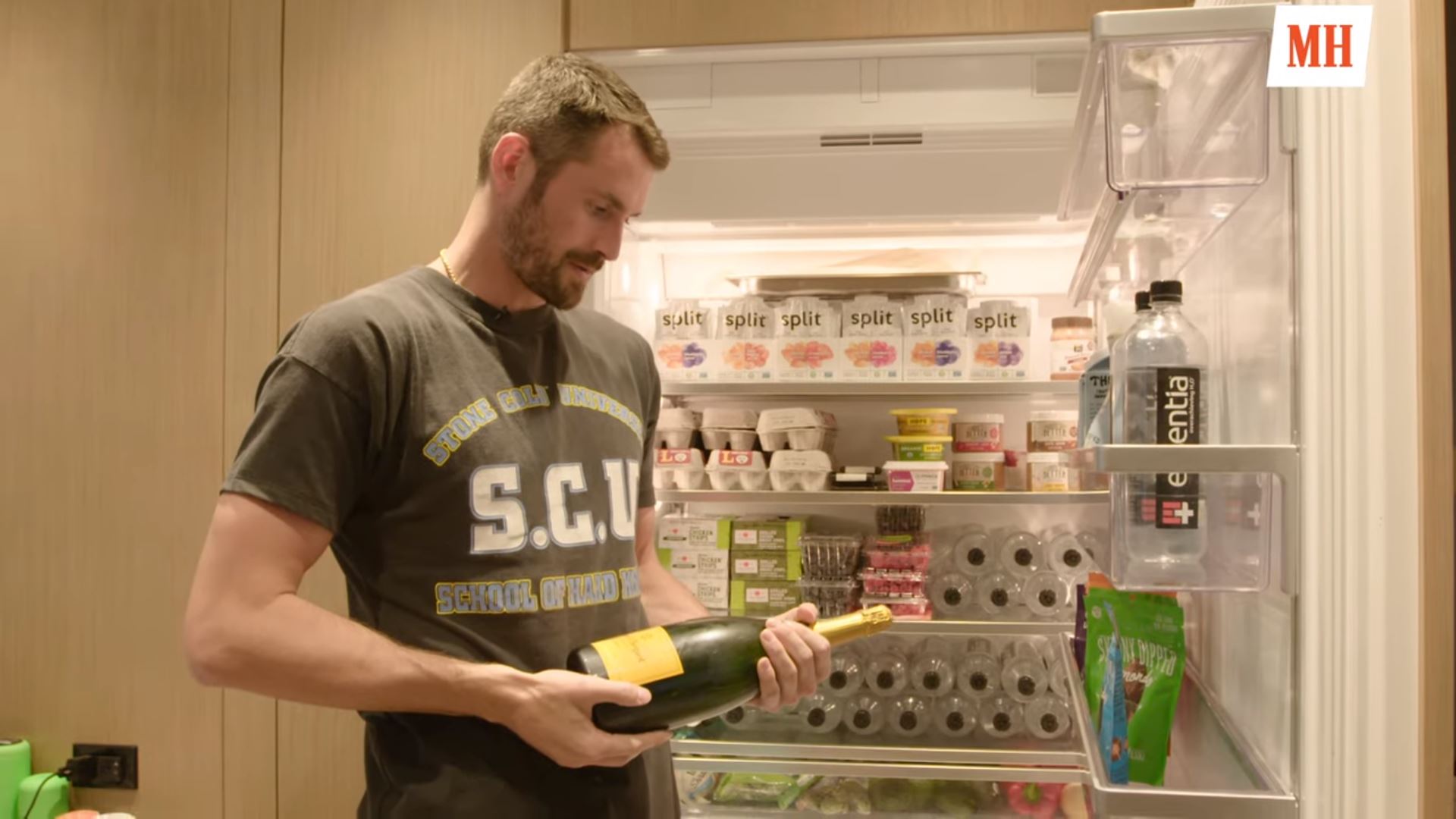 With career averages of 18.3 points and 11.3 rebounds per game, the Cleveland Cavaliers’ Kevin Love has been considered one of the better power forwards in the NBA over the years.

Recently he invited Men’s Health into his home, and in doing so, he gave a glimpse into how dedicated he is to maintaining his body.

First was a look inside of his fridge, where he revealed that he drinks lots of high PH water each day. He then talked about what his meals consist of throughout the day, both during and after the NBA season, and how he tries to load up his system with different key nutrients.

But perhaps the best part of the tour was a look at Love’s home gym, where he had numerous machines.

“It’s very functional for everything we need to get accomplished, and pretty much we’re able to translate anything that we do on the court from here,” said Love.

He says that his fitness goals during the offseason are to increase elasticity and reduce chronic inflammation while “stripping off the years” and making him feel “young again.”