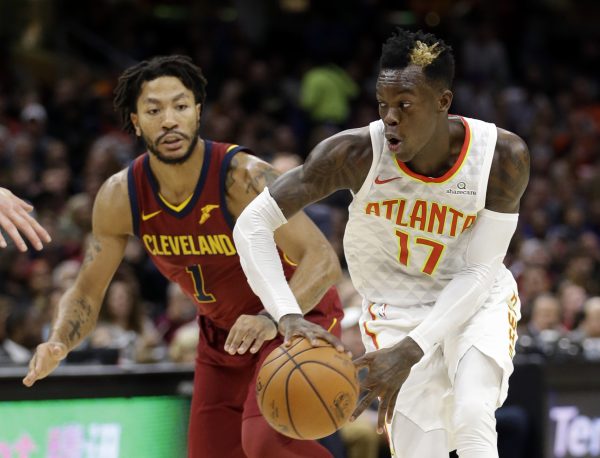 The bumpy start that the Cleveland Cavaliers have had for the 2017-18 season only encompasses 11 games and involves a number of different issues. With a largely revamped roster, establishing chemistry is something that’s been a struggle because of key injuries and uncertainty when it comes to being able to establish regular lineups. However, the overriding reason the Cavs currently find themselves with a 5-6 record stems from continued issues when it comes to both defense and three-point shooting.

In that latter category, the Cavaliers have had problems on both sides of the ball, something that can be a huge problem in the contemporary NBA. Teams now employ players whose skills include connecting from deep on a regular basis, which means that opponents have to find a way to neutralize that concern in order to win.

The Offensive Side of the Ball

Looking at this year’s first 11 games, it’s clear that the Cavs benefit from their ability to hit from beyond the three-point line, a number that presently stands at 34 percent. In their five wins, they’ve found the hoop on three-point attempts just over 40 percent of the time, a stark improvement over their numbers in the six defeats. In those contests, the Cavaliers have managed to hit just over 30 percent of their 3-pointers.

Last year at this point, the Cavaliers had a 9-2 record, with one of those defeats coming when LeBron James sat out a road game in Indiana. Their three-point shooting through those games is quite similar to this year’s numbers when looking at wins and losses: connecting nearly 39 percent of the time in wins and just under 31 percent in the two defeats.

This year, the dramatic change at point guard from Kyrie Irving to his current replacement, Derrick Rose, has seen a steep drop in the number of 3-pointers attempted. While Rose missed four games due to injury, he’s still only launched 13 long-range attempts and connected just three times, a 23 percent success rate. That’s in contrast to Irving, who had hit 27-for-71 in that department after 11 games in 2016-17, which is slightly better than 38 percent.

However, it’s the three-point shooting of J.R. Smith early on that’s been a major concern. Smith did warm up in Tuesday night’s victory over the Milwaukee Bucks, hitting on 5-of-7 from long-range, but prior to that, he had been in a miserable slump to start the year by hitting just 23 percent (11-of-47). The veteran has always been a streaky shooter and indicated after the Bucks game that he’s planning on reverting to his past philosophy of simply launching the ball every time he has an opportunity.

The Defensive Side of the Ball

The collective defense for the Cavaliers has often been cringeworthy in the early portion of this season, with the team currently situated in 28th place (among 30 teams) when it comes to points allowed. Giving up 113.9 points per game isn’t a way to get to the NBA Finals for a fourth consecutive year, much less win their second title, so fixing the problems that have glaringly surfaced thus far is vital to getting back to the standards expected.

The frustrating ease that opponents have had when it comes to driving the lane or otherwise getting to the hoop is definitely an issue that Cavs head coach Tyronn Lue and his coaching staff have to fix. Yet cutting down on the number of wide-open three-point shots also has to be a central component of any strategy, especially since opposing offenses are currently hitting almost 42 percent of their 3-pointers, a number that once again places the Cavs defense at the bottom of the league. That number reaches 45 percent in the six losses, indicating a very prominent red flag that needs to be addressed

In last season’s first 11 games, the Cavaliers only allowed one team to hit for better than 40 percent on 3-pointers, compared to six times this season. Many of those successful shots have been the result of crisp ball movement that’s left shooters facing no defense, something that no NBA team can withstand for an extended period of time without seeing their season collapse. The low point came in a Nov. 1 loss to Indiana, in which the Pacers shot 62 percent on their three-point attempts after coming into the game by connecting on just 36 percent in that department.

It should come as no surprise that Cleveland currently finds itself dead last among NBA teams when it comes to the average number of opponent assists per game at 27.1, with opponents managing to break the 30-assist barrier twice. In truth, last season’s first 11 games saw that number at 21.2, but unlike last year, the Cavaliers had a way to combat the problem with their own three-point shooting touch, something they currently lack.

The Cavaliers have 71 games left to play in this regular season, and are currently just four games back of the top seed in the conference. That means that no panic is in evidence, with the team more focused on building momentum for what they hope will be another long playoff run. Yet finding a groove means eliminating or at least reducing the flaws that are present, with the three-point issue on both sides something that demands greater attention in the immediate future.