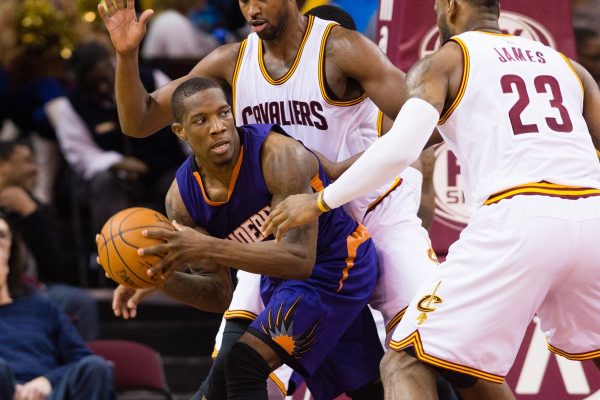 The trade speculation involving Phoenix Suns point guard Eric Bledsoe, especially with respect to a possible deal to the Cleveland Cavaliers, appears to be coming to an end. Another team, the Milwaukee Bucks, has apparently acquired the disgruntled member of the Suns backcourt.

Phoenix finalizing deal to send Eric Bledsoe to Milwaukee for Greg Monroe and a first-round draft pick, sources tell @ZachLowe_NBA and me.

Bledsoe, who will turn 28 next month, was seen as a potential trade option for the Cavaliers, who are currently struggling with a 4-6 record to start the season. During his career, the eighth-year guard has averaged 13.1 points and 4.6 assists per game, though prior to this season, he had averaged over 20 points per game in each of the last two seasons.

The Bucks are playing the Cavaliers in Cleveland tonight, though it’s highly doubtful that Bledsoe will play in the contest.