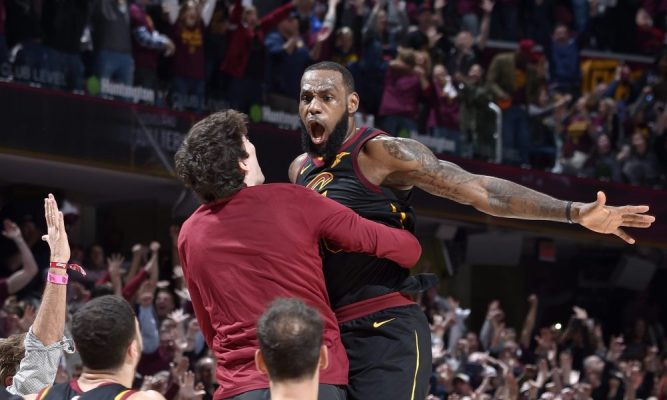 Cleveland Cavaliers rookie Cedi Osman quickly became a fan favorite in the 2017-18 season thanks to his sunny disposition off the court and his flashes of solid play on it.

On Tuesday, Osman proved that he deserves the love and support of Cavs fans everywhere after posting a truly heartwarming message of gratitude.

Thanks to everyone who supported me and the team throughout the season … It was an amazing year! Can’t wait for next season… Tüm sezon boyunca beni ve takımımı destekleyen herkese çok teşekkürler…#WhateverItTakes#TheFirstCedi

Osman’s post is a clear example of how excited and grateful he is to be fulfilling his NBA dreams.

While the Turkish national averaged just 3.9 points in 11.0 minutes per game last season, he did show flashes of his true potential.

When given the opportunity, Osman offered productive performances throughout the season. His strongest performance came against the New York Knicks in the last game of the regular season. In that game, Osman finished with 18 points, seven rebounds, and six assists in 39 minutes of play. It was a clear sign that both fans and members of the Cavs organization alike can expect big things from the 6-foot-8 small forward in seasons to come.

Osman is undoubtedly excited to get back on the court as soon as possible. With the talent he possesses and the enthusiasm he so clearly feels, Osman is sure to have a very successful NBA career.