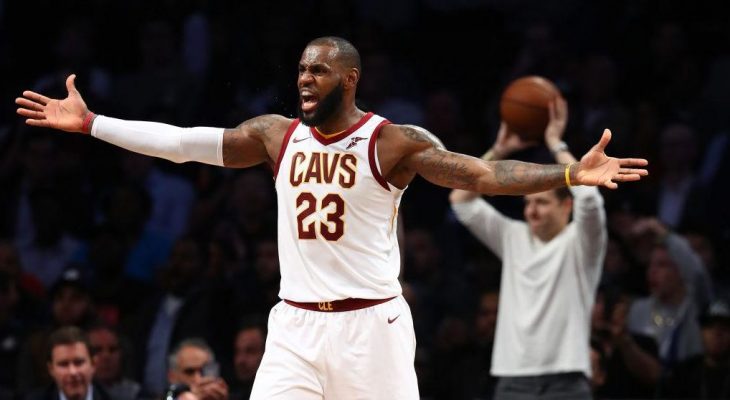 The Cleveland Cavaliers have been the complete antithesis of the Boston Celtics as of late, as Kyrie Irving and his new team are rolling right now. The Celtics have won nine straight games and are now 9-2 on the young season, good for first in the Eastern Conference. Meanwhile, the lowly Cavs are a mere 4-6 on the season, good for 12th in the East, losing five of their last six games.

Nearly minutes after Boston’s ninth straight victory and seemingly in response to the ongoing frustrations with his team’s lackluster play as of late, Cavs superstar LeBron James took to social media to voice his displeasure in a rather cryptic manner.

The Cavs have quickly become one of the worst defensive teams in the league as they are giving up more than 110 points to teams like the Atlanta Hawks, Indiana Pacers, Brooklyn Nets, Chicago Bulls, and New York Knicks.

Meanwhile, the Celtics have established themselves as a young, hungry, defensive-minded squad that is coming for the Eastern Conference throne.

The games don’t get easier for Cleveland, as the Cavs will face off against a surging Milwaukee Bucks team on Tuesday night at Quicken Loans Arena.