LeBron James: ‘This is the best I’ve felt in my career right now’ 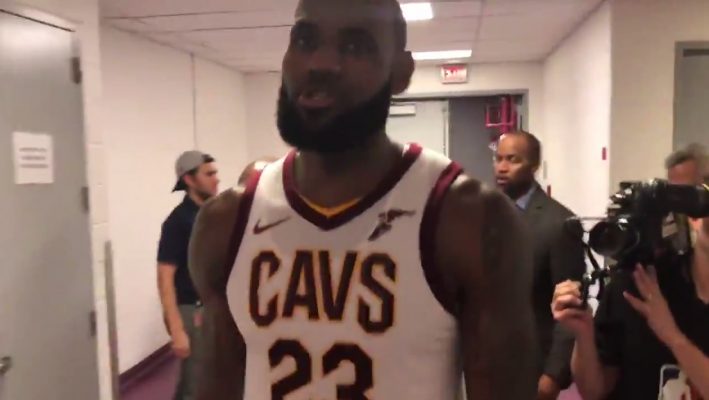 In the immediate aftermath of LeBron James tying a Cleveland Cavaliers single-game record by scoring 57 points in the team’s win over the Washington Wizards, the superstar indicated that his current mindset appears to be at its peak. In addition to the team record, James became the youngest player ever to reach 29,000 career points.

"This is the best I've felt in my career right now" – @KingJames #NBAPostgame pic.twitter.com/efoOpqahRO

“I might be the youngest, but I don’t feel young, even though this is the best I’ve felt in my career right now.” James said. “So I gotta keep it going.”

Prior to that assessment, James reflected on the the reasons for his scoring outburst, noting the team’s four-game losing streak entering the game.

In his nine games this season, James is averaging 29.1 points, 8.7 assists and 7.7 rebounds, numbers that are currently above his career numbers.

James’ previous Cavaliers high was 56 points, coming against the Toronto Raptors during his second season in the NBA. In addition, during the final season of his four-year stint with the Miami Heat, James put together his most prolific scoring performance by putting up 61 points in a 2014 contest against the then Charlotte Bobcats.