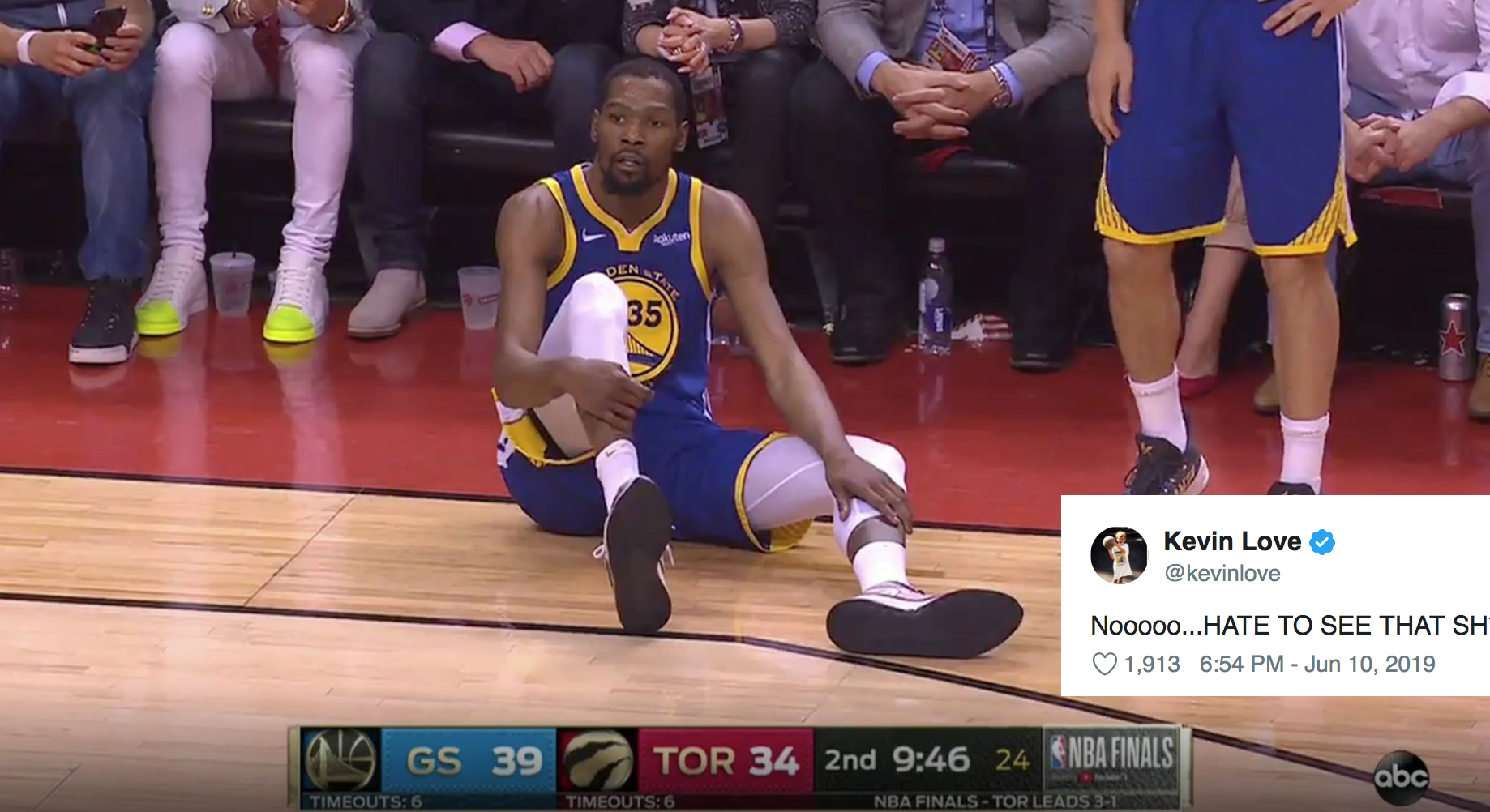 The Golden State Warriors were at full strength heading into Game 5 of the 2019 NBA Finals, but it looks like they will be without superstar Kevin Durant again after he went down with what appeared to be the same calf injury suffered earlier in the playoffs.

Kevin Durant appears to aggravate his calf injury and heads to the locker room early in the second quarter. pic.twitter.com/VXu3SmTS8Y

The injury appeared early in the second quarter of the Warriors’ matchup against the Toronto Raptors, and Durant immediately grabbed the strained right calf he had been dealing with all Finals.

Cleveland Cavaliers big man Kevin Love immediately took to Twitter after the reaggravation, and gave his emphatic opinion of the injury.

Nooooo…HATE TO SEE THAT SH*T!!!

Love and the Cavs had seen the Warriors in the previous four NBA Finals, so he knows all too well how powerful the Warriors can be at full strength.

Whether fans of the dynastic Warriors or not, one should never wish an injury upon a player, no matter the caliber.