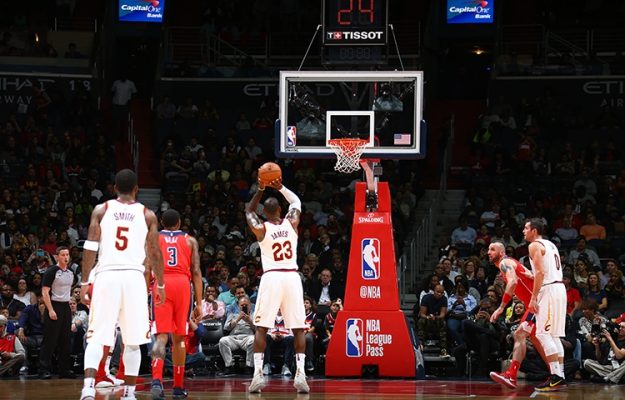 The Cleveland Cavaliers finally put an end to their four-game losing streak on Friday night behind a historic performance by their leader in LeBron James, as they beat the Washington Wizards 130-122.

James finished the game with 57 points on a ridiculous 23-of-34 shooting to go along with 11 rebounds, seven assists, three steals, and two blocks. In addition, he became the youngest player in NBA history to reach 29,000 points and also tied a franchise record with his 57 points being the highest scored by a Cavs player ever.

After the game, James’ teammates reacted to his legendary night.

Teammate Tristan Thompson, who was not actually at the game as he recovers from a calf strain, sent out a simple tweet.

Meanwhile, reserve guard Dwyane Wade gave a more elaborate response on James’ performance and said that games like these show why the King is still the best player in the world.

"You're gonna watch the show just like everyone else."@DwyaneWade has seen @KingJames takeover plenty of ball games. #AllForOne pic.twitter.com/WVABsC7XLY

Although the Cavs finally came up with a victory, the one caveat on the night was the fact that they still let their opponent score more than 120 points.

The Cavs will look to shore up their defense and come away with a second straight victory on Sunday when they take on the Atlanta Hawks at Quicken Loans Arena.