Don't Miss
Home / Rumors / Report: Kyrie Irving and Matthew Dellavedova Used to F— Each Other Up in Practices

Report: Kyrie Irving and Matthew Dellavedova Used to F— Each Other Up in Practices 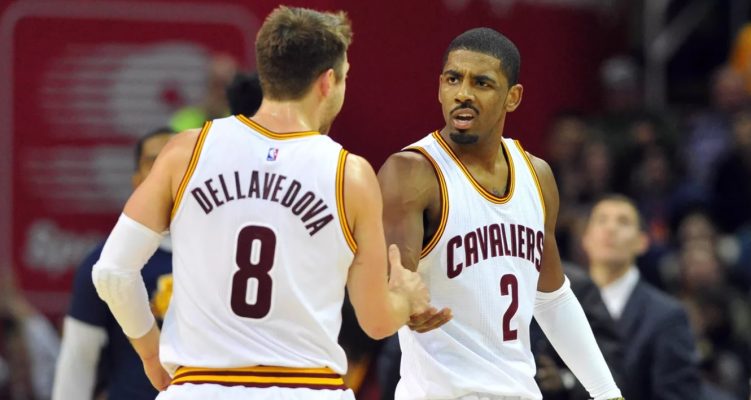 The return of guard Matthew Dellavedova to the Cleveland Cavaliers has brought back memories of his first three seasons as a gritty overachiever who played a part in helping the Cavaliers win the franchise’s first-ever NBA title.

His competitive instinct was also recalled in relation to past heated practice battles with former Cavs point guard Kyrie Irving.

Joe Vardon of The Athletic looked at a number of different aspects of the Cavaliers’ 116-101 Saturday night win over the Washington Wizards. Among the topics was Dellevedova’s attempt to tone down those past interactions with Irving.

“I think that gets exaggerated a little bit about me and Kyrie at practice,” Dellavedova said.

The origin of such stories was a 2015 ESPN article in which center Tristan Thompson bluntly indicated the reason why he was forced to serve as a peacemaker when their play on the court evolved into fights.

“They used to fuck each other up,” Thompson said then.

On Saturday, Thompson pointed out how those contrasting styles of the two players worked to the benefit of the Cavaliers:

“Yeah that’s good. Delly’s going to pick you up 94 feet and Kyrie is going to hit you with the Uncle Drew stuff, so they was f’ing each other up. That’s good though.”

The Cavaliers acquired Dellavedova from the Milwaukee Bucks on Friday with the expectation that he’ll play a similar role in the continued development of rookie point guard Collin Sexton. After hearing of his new teammate’s past battles with Irving, Sexton said that he’s looking forward to the challenge:

“Oh, yeah I can’t wait. They say he practices hard, too. Going to have some battles. We will see what’s up.”

Dellavedova sat out that win over the Wizards, but was in attendance at Quicken Loans Arena and received a rousing cheer from the crowd during a timeout. He’s battled injury issues during the early portion of this season, but if he does play in the team’s next game on Monday night, he’ll be facing his old team, the Bucks.