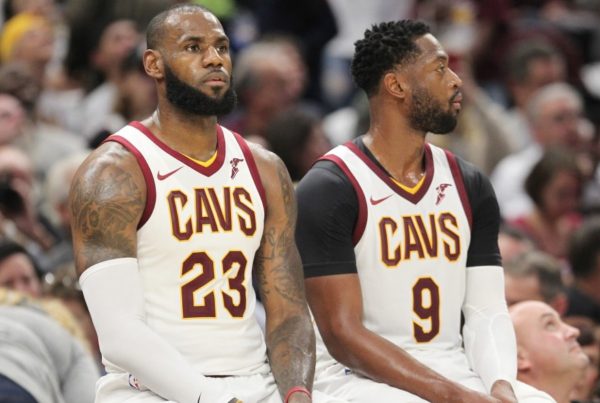 LeBron James had been off the court quite a bit leading up to Tuesday night’s season-opener due to a lingering ankle injury. While James put up an impressive game with 29 points, 16 rebounds, nine assists, and two blocks in 41 minutes of play, he was evidently not satisfied with his own conditioning in the contest.

According to ESPN’s Dave McMenamin, James made up for his lack of conditioning by hitting the gym immediately following the game.

Leading up to opening night, James’ availability was thought to be in jeopardy after he had injured his left ankle in practice two weeks ago. Following the initial injury, James saw little playing time in the Cleveland Cavaliers‘ preseason games and it wasn’t announced that James would actually play in Tuesday’s game until earlier that day.

The four-time MVP showed no ill effects of the injury, and his decision to work out immediately following the game proves his undying commitment to excellence. He’ll have another opportunity to test his fitness this Friday when the Cavs travel to Milwaukee to face off against the Bucks.