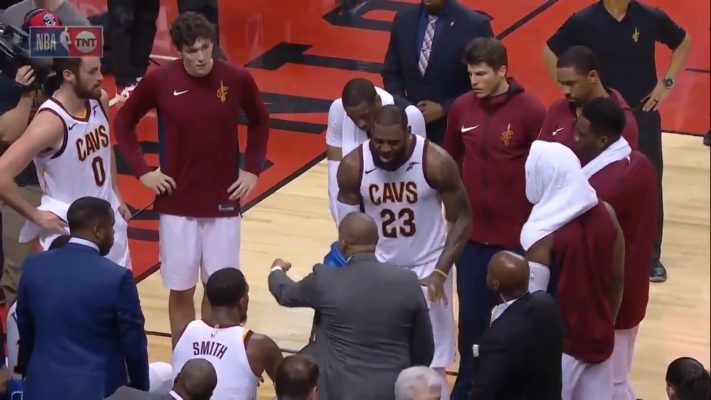 LeBron James is fed up with the Cleveland Cavaliers and their defense, or lack thereof.

On Thursday night, the Cavs’ defensive issues finally came to a head when James was seen going off on some of his teammates and coaching staff as his team gave up 65 points to the Toronto Raptors at halftime. This comes days after the Cavs gave up 127 points to the Minnesota Timberwolves in an embarrassing defeat.

LeBron is fed up pic.twitter.com/hGq6mBkppG

It seems that the return of Isaiah Thomas isn’t helping either, as the Cavs’ biggest issues are on the end of the floor in which Thomas actually makes the team worse.

We’re still months away from April, so there’s no reason to panic just yet. However, the Cavs will need to do some soul searching (or soul trading) on the defensive end if they want to make yet another extended run come playoff time.