Video: Dwyane Wade Draws ‘Oohs’ and ‘Ahhs’ From Crowd as He Puts Defender in Spin Cycle 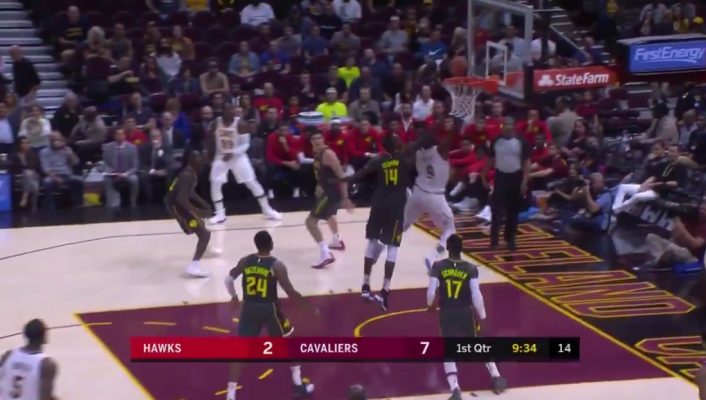 Cleveland Cavaliers guard Dwyane Wade may be 35 years of age, but the savvy vet is proving in his very first Cavs preseason game that he still has a lot left in the repertoire.

Watch as the three-time NBA champion drive the lane, shakes his defender with a beautiful spin, and finishes with the finger roll.

Wade currently has seven points, two rebounds, and four assists in his first preseason game against the Atlanta Hawks.