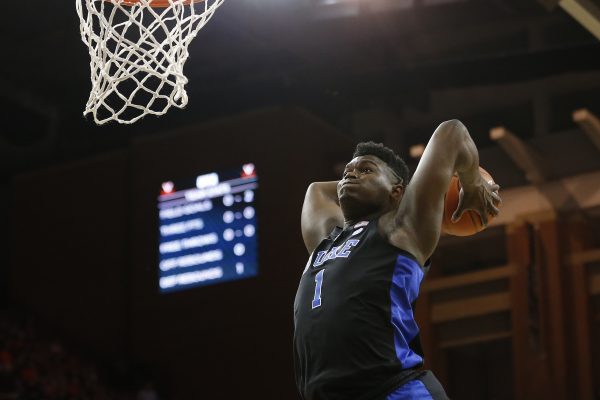 The Cleveland Cavaliers are currently strong contenders to end up with the top pick in June’s NBA draft. Duke University freshman Zion Williamson will almost assuredly be that selection, with one Cavaliers coach comparing him to Hall of Famer Charles Barkley.

Chris Fedor of Cleveland.com looked at the top draft prospects from both Duke and the University of North Carolina, who will face off in a huge ACC battle on Wednesday night. Within the analysis, he offered that anonymous coach’s opinion:

“I see Charles Barkley,” one member of the Cavs coaching staff told cleveland.com.

One of the chief reasons for such a comparison is Williamson’s physical size of 6-foot-7, 285 pounds, similar to Barkley, who was nicknamed the “Round Mound of Rebound.” While those numbers might not ordinarily indicate someone who can perform consistently well on the court, the freshman has blown away such debates with his play this season.

Williamson is averaging 22.4 points, 9.2 rebounds and 2.3 assists per game, though other intangibles have also garnered plenty of attention. These include great leaping ability and an unmatched intensity to his game.

In addition to those numbers, Fedor offered these:

“Williamson is shooting 68.3 percent from the field, 29.2 percent from 3-point range and 66.9 percent from the free throw line. His Player Efficiency Rating is off the charts, checking in at 42.3. For perspective, the NBA’s leader in PER is James Harden at 30.88.”

“He’s a freak. For someone to have his size and still be able to move the way he does, it’s rare.”

Of course, there’s no current guarantee that the Cavaliers will be in a position to draft Williamson when the draft arrives. Dropping down in the draft could see the Cavs selecting one of his teammates on the Blue Devils: R.J. Barrett or Cameron Reddish.

For now, the 12-46 Cavaliers will finish out the last 24 games of this season and then await the NBA lottery in May. That will ultimately determine exactly where the Cavs make their selection.