Don't Miss
Home / Videos / Video: LeBron James on Whether to Expect More Alley-Oops Between He and Dwyane Wade

Video: LeBron James on Whether to Expect More Alley-Oops Between He and Dwyane Wade 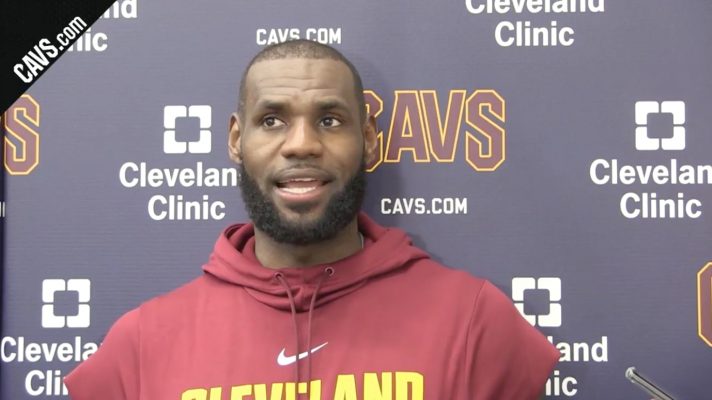 The excitement surrounding the Cleveland Cavaliers is palpable after Dwyane Wade agreed to one-year, $2.3 million deal. On Wednesday, reporters asked LeBron James if fans can expect the flashy offense that fans of the Miami Heat enjoyed during James and Wade’s time in Miami. His answer should give Cavs fans even more to look forward to.

During a quick interview, one reporter asked James if Cavs fans can expect “the spectacular alley-oops” the two were known for in Miami.

“I’m still athletic and I think he can still pass, so expect it,” James said.

The connection between Wade and James dominated the league for four seasons and brought two NBA championships to Miami. With the NBA regular season just weeks away, Cavs fans are about to find out how strong that connection still is.