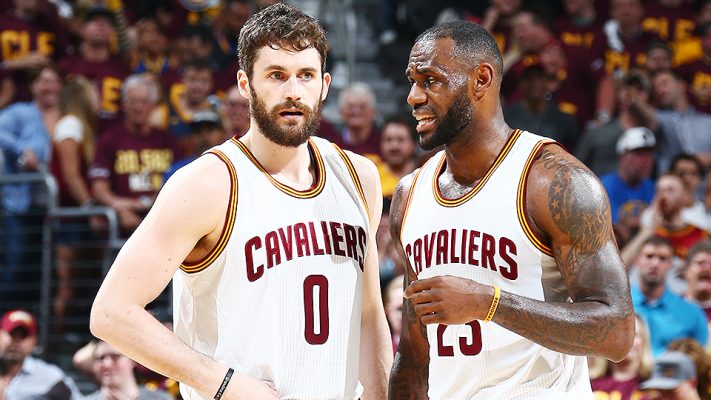 As if the injury issues the Cleveland Cavaliers are currently experiencing weren’t enough, illnesses are currently affecting two members of the team’s Big 3: LeBron James and Kevin Love. James left the locker room following Monday night’s victory over the New Orleans Pelicans with a possible case of the flu, while Love has battled through two days of food poisoning.

Ty Lue said Kevin Love had food poisoning, lost 10 pounds in the last two days. Another reason why he cancelled shootaround this morning

Ty Lue says Kevin Love ate some bad sea bass on the trip back from CHA, causing him to lose 10 lbs from food poisoning in the last two days

Cavs head coach Tyronn Lue was apparently spared from the problem after also eating it, while reserve center Channing Frye appears to have what is described as clogged sinuses by Joe Vardon of Cleveland.com.

Love’s lingering illness limited him to just 24 minutes against New Orleans, though he still managed to collect a double-double with 12 points and 11 rebounds. James played 39 minutes as he scoring 26 to help the team forge a comeback victory.

During his time with the Cavaliers, Love has mainly battled back issues, with the food poisoning something that presumably doesn’t figure to linger much longer. However, his status for Wednesday night’s game against the Chicago Bulls remains in question for now.