Report: David Blatt Had Trouble Calling Plays, Would Often Freeze up During Timeouts 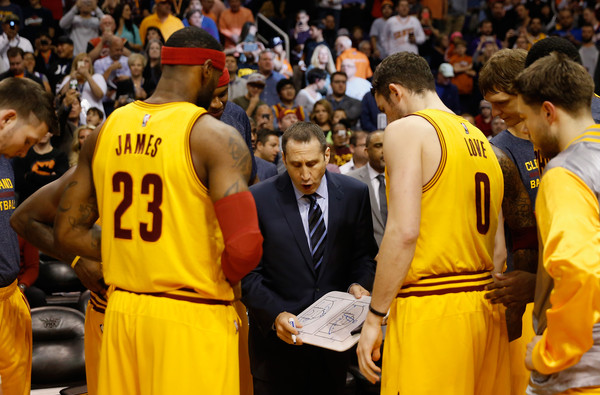 In what has to be one of the most surprising head coach firings in the history of professional sports, more information has been leaked as to why David Blatt was fired.

Chris Haynes of Cleveland.com reports that the former Cleveland Cavaliers head coach had trouble calling plays during timeouts. He would also freeze up during these timeouts, which would waste precious seconds. Haynes goes into more detail in the following explanation:

“Word circulated to cleveland.com that Blatt had trouble drawing up plays out of timeouts. He would freeze up and waste precious seconds, one player said. He would even draw up plays for players who weren’t in the game, another player said.”

Another major issue that Blatt had was his relationship with the entire roster. Haynes mentions that Blatt did not hold star players accountable when they made mistakes in practice, but would often chew out everyone else:

“During team scrimmages, players competed aggressively but bit their tongues as Blatt frequently blew his whistle to call ticky-tack or phantom fouls for his go-to players. One player said sometimes Blatt didn’t even have a whistle and would yell at the top of his lungs to stop play and call a foul if one of his stars acted as if he was hit.”

In Haynes’ piece, he also mentions how Blatt did not hold star players accountable during film sessions in the early portion of the 2014-15 season. However, Tyronn Lue finally intervened and started giving the proper criticism to star players during these sessions.

If one is to accept these stories as 100 percent true, it comes as no shock that Blatt was fired despite the Cavaliers’ 30-11 record at the halfway point of the season.

Haynes’ piece portrays a team built on favoritism, which only harms team chemistry and respect for the organization’s leadership. Furthermore, if the head coach couldn’t even properly handle a basketball timeout, how could the players take him seriously as a leadership figure?

Only time will tell if the Cavaliers are better off with Lue as head coach, but the faults in Blatt’s coaching style are now starting to pop up.