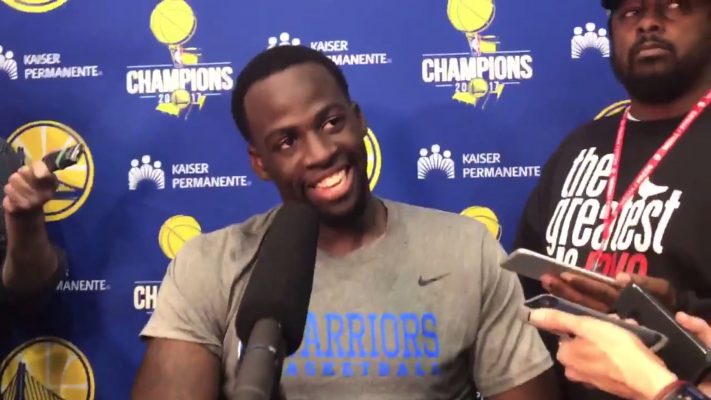 Cleveland Cavaliers star LeBron James made news on Saturday when he responded to a recent statement made by President Donald Trump. In the statement, Trump disinvited the Golden State Warriors from celebrating their NBA championship win at the White House.

As a response, James took to Twitter to call the president a “bum.”

Hours later, Warriors star Draymond Green was asked about James’ comments and gave his own opinion on the matter.

“Well, you know, I think everybody has a right to their own opinion,” he said. “I think LeBron voiced his. I respect him for voicing his opinion, you know, it’s a free country. He called him a bum. I respect it.”

Later, Green was asked if he felt the same way.

While James and Green have had their disagreements in the past, it seems they at least share similar opinions on the current POTUS.