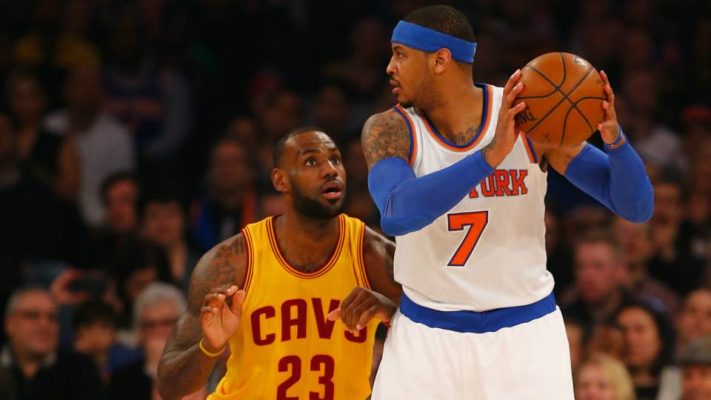 According to ESPN’s Stephen A. Smith, beleaguered New York Knicks star Carmelo Anthony would take a buyout from the Knicks, expressly to join the Cleveland Cavaliers.

“He’s made it very, very clear that the one team he would accept a buyout for is Cleveland,” said Smith on an ESPN radio segment on Thursday morning.

Update @Espngreeny. Found out last night Melo would accept buyout to go to @cavs, too. To @HoustonRockets? Would possibly be via trade!

Smith also said a trade to the Houston Rockets would also work for Anthony, who’s expressed deep desire to leave the Knicks. There’s mutual interest from owner James Dolan and his front office, in separating from the 33-year-old forward sooner than later.

In addition, last night, Sam Amico of AmicoHoops.net reported that the organization is actively looking to trade Anthony.