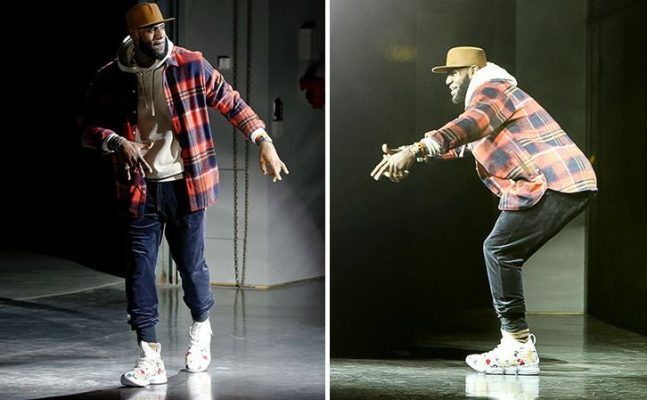 On Thursday, LeBron James took the runway at the Kith Sport show during New York Fashion Week to unveil the latest model in his sneaker empire, the Nike LeBron 15. According to GQ.com, James himself modeled a floral embroidered pair of Nike’s latest signature shoe, which Kith designer Ronnie Fieg named the “King’s Cloak.”

“This is my favorite shoe to date,” James said. “The performance benefits and sophisticated look make this shoe a force on and off the court.” 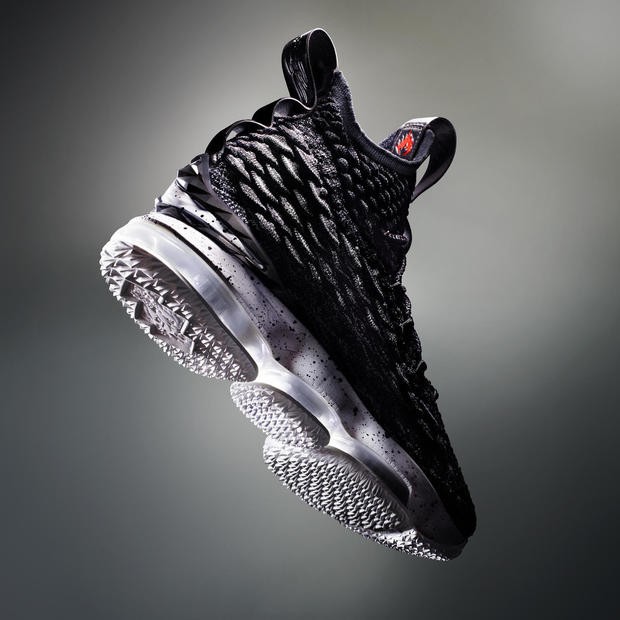 James also wanted fans to know that the sneaker’s next-generation Flyknit construction is not only for comfort, but performance as well.

“The number-one thing people should know about the LEBRON 15 is that this new Nike Flyknit is something that’s never been done in a performance shoe,” James added. “It looks great, too. Since Jason and I started working on the LEBRON VII, we have always talked about how we not only want to have the top, top, top notch in performance, we want style, as well. We have a desire to create shoes that makes all people feel good when they put it on.”

Along with the floral design shoes James wore, the sneaker was also debuted in a gray version, tan version, and “SVSM” pair to honor James’ high school St. Vincent-St. Mary.

Following the show, James took to Instagram to give his followers a closer look.

O My Goodness!!! #LeBron15 #GhostColorway. I can't be more excited about these kicks man!! I'm overly excited about this moment right now in time! More to come soon… #striveforgreatness? #WeAreBack

The LeBron 15s are a dramatic departure from James’ previous models which were great for on-court performance, but less appealing as a day-to-day street shoe. By utilizing the highly fashionable and comfortable sock-like sneaker model, it is clear that James is looking to break into an even larger market.

For now, fans will have to enjoy the sneakers from a distance. According to sneakernews.com, the shoes won’t be available for purchase until Oct. 2017.