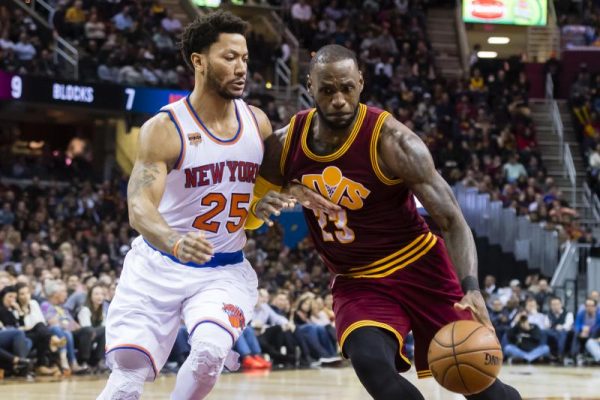 Being a teammate of Cleveland Cavaliers superstar LeBron James has often been a ticket to success, with high school championships followed by three NBA titles and seven consecutive appearances in the NBA Finals on the superstar’s resume. For one of the newest Cavs guards, Derrick Rose, the title component is only a part of the reason that he signed with the team.

In an interview with the Associated Press, Rose discusses how he’s dealt with multiple career setbacks, though it’s his brother Reggie that gives insight into why he chose to cast his lot with the Cavaliers.

“I’m not going to lie to you; the last two or three years, Derrick has been through a lot mentally,” said his older brother, Reggie Rose. “When you’re losing more than you’re winning, it can get difficult. So with him going to be in a winning environment again now, able to see how LeBron prepares himself, the things LeBron does with his body, Derrick can incorporate that into his own game.”

Rose, the 2011 league MVP,  is still trying to come back from injury troubles, the most severe being a devastating knee injury. He took a drastic pay cut in order to build his market value back up, with the Cavaliers being the beneficiary of that decision. Another reason that he continues to push forth is because he wants to set a good example for his young son.

“He’s the only reason that I’m playing this game,” Rose said of his son. “My dad wasn’t around. So my mom was that figure for me. I want to be the example to my son, the dad that I didn’t have. He’s going to do what he wants to do, but sometimes he’s going to be like, ‘Damn, Pops was right all these times.’ It’s going to hit him one day.”

Last season, Rose struggled to maintain his health while playing for a miserable New York Knicks team that was also beset with off-the-court problems. He sees this year as a chance to redeem himself in the eyes of his critics.

“When I get on a good team and I’m still hooping the same way, what are you going to say then?” Rose said. “The only thing that you’ll can say is that I can still play.”

The Cavaliers are certainly hoping for that, especially because of the current uncertainty involving their point guard situation.