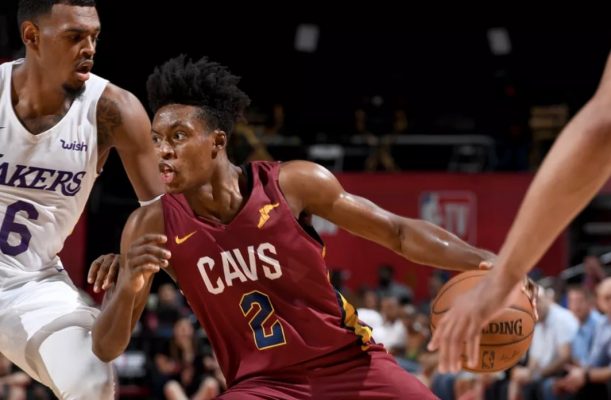 When the Cleveland Cavaliers selected point guard Collin Sexton as the eighth overall pick in the NBA draft two months ago, they had high expectations for the University of Alabama product. If the opinions of Sexton’s fellow rookies are of any indication, those expectations will be met with a share of the league’s 2019 Kia Rookie of the Year award.

John Schuhmann of NBA.com reported the results of the league’s annual survey of rookies. The voting shows that this talented group believes that when the award is presented next spring, Sexton should be sharing the top rookie accolades with Phoenix Suns rookie DeAndre Ayton. Both players received 18 percent of the vote, with six other players garnering at least six percent of the vote.

The survey also asked a number of different questions, with seven percent of the rookies believing that Sexton will have the best career among this select group. In addition, six percent consider him to be the best defender, while nine percent point to him as the best playmaker.

When the rookies were asked to name their favorite player, 29 percent of them named former Cavs forward LeBron James. The next closest players are both on the Golden State Warriors: Stephen Curry and Kevin Durant, each collecting a distant nine percent of the vote. Unfortunately, an on-court pairing of Sexton and James with the Cavaliers won’t be possible due to James’ departure in free agency to the Los Angeles Lakers last month.

The opinions of rookies haven’t always offered the best barometer about what lies ahead during the upcoming season. That’s because the only time that they’ve correctly picked the Rookie of the Year was in 2007, when Durant was their choice. Still, Cavs fans got a glimpse during Las Vegas Summer League of what Sexton can do on the court. Their hope is that such success continues amid the everyday rigors of his first season.