Isaiah Thomas Says He Returned Too Soon in Cleveland, People’s Expectations Were Too High 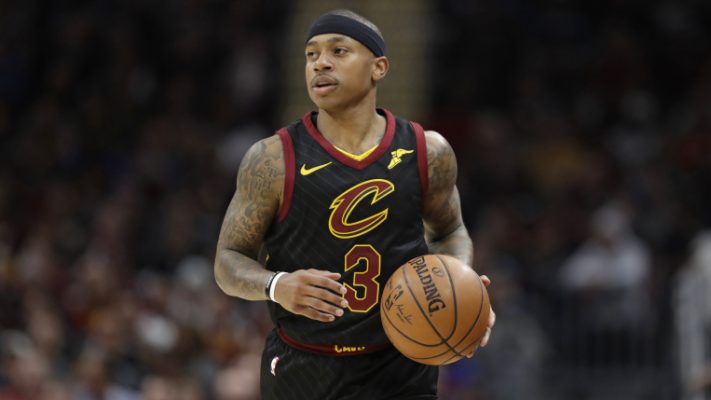 About one year ago, the Cleveland Cavaliers changed the landscape of the NBA by trading disgruntled star Kyrie Irving to the Boston Celtics.

In return, they acquired Isaiah Thomas, Jae Crowder, Ante Zizic and a couple of draft picks, including the Brooklyn Nets’ 2018 unprotected first-round pick. The prized Nets pick turned into Collin Sexton, who the Cavs are thrilled to have.

When the trade materialized, fans were elated to have Thomas, who was coming off an MVP-caliber season. In fact, Thomas averaged more points and assists than Irving in the 2016-17 season and led the Celtics to the conference finals. Before LeBron James returned to Cleveland in 2014, Irving couldn’t even lead the Cavs to the playoffs.

Although Thomas was dealing with a serious hip injury that cost him to miss a chunk of the 2017-18 season, fans had high expectations for the two-time All Star. Transcribed by CBS Sports Radio, Thomas opened up on his short stint in Cleveland and how he was unable to match unrealistic expectations:

“I only played 13 or 14 games coming off seven months of sitting out to a whole new situation, a whole new team, organization, players I’ve never played with,” Thomas said. “You give anybody 14 games and we go 7-7, you can’t say it worked or it didn’t work. People were just expecting greatness from the jump, and that’s what comes with being on a team with arguably the best player in the world.”

Thomas believes that he returned from his hip injury too soon and cost himself millions of dollars in the process:

“If I could do it all over again, I wish I would have sat out a little longer for sure,” Thomas said. “But we could always play the what-if game.”

The point guard compared his situation to Kawhi Leonard’s and admitted that the former San Antonio Spurs star did the right thing:

“Kawhi Leonard, what he did is the right thing to do,” Thomas said. “He learned from my story. Everybody can hate or do whatever they say about Kawhi Leonard, but at the end of the day, he’s looking after himself. These teams, all they’re going to do is look out for themselves. When a player does it, everybody’s tripping out. It is what it is. At the same time, I’m still blessed to be in the situation I’m in. I’m blessed to be in the NBA. Once I do get that opportunity again, they won’t be able to deny it after that.”

In just 15 Cavs games, the 5-foot-9 point guard put up just 14.7 points and 4.5 assists on 36 percent shooting from the field per game. To make matters worse, the gritty guard was reportedly causing drama in the locker room. For a team that was aiming to go back to the NBA Finals for a fourth straight year, there was too much drama and not enough success.

On the day of the trade deadline, the Cavs shipped Thomas to the Los Angeles Lakers for rotational players Larry Nance Jr. and Jordan Clarkson. The rest is history as the Cavs barely made it to the NBA Finals, and then got crushed by the Golden State Warriors in four games. After all of that, the midseason trades were heavily scrutinized. Thomas didn’t keep quiet on his take:

“They expect us to go undefeated, and it just didn’t work as fast as people wanted it to. If they didn’t make the trade, I think that team was built better for the playoffs than the team that they had. But you can’t control those things. You just go about your day.”

While the world will never know how things would have played out if Thomas had stuck around, it just wasn’t working out for both parties at the time. Nonetheless, everyone seems to be on better terms after a dark few months. The Cavs are happy with their young squad and Thomas is starting a fresh chapter with the Denver Nuggets.