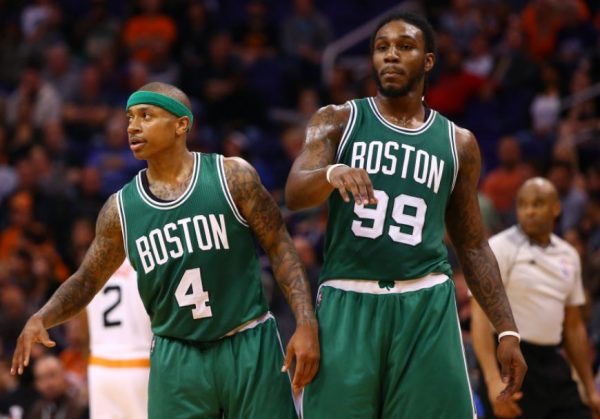 On Friday, the Cleveland Cavaliers officially revealed the jersey numbers for newly acquired star point guard Isaiah Thomas and forward Jae Crowder. Thomas will be wearing No. 3, while Crowder will keep his No. 99 he wore during his tenure with the Celtics.

Thomas and Crowder, who were both packaged by the Boston Celtics as part of a trade deal on Aug. 22 for superstar point guard Kyrie Irving, will look to make their season debut at Quicken Loans Arena on Oct. 17 as the Cavs take on the Celtics in their home-opener.