Cavs News: Cavs to Be Without Three Starters on Wednesday Night 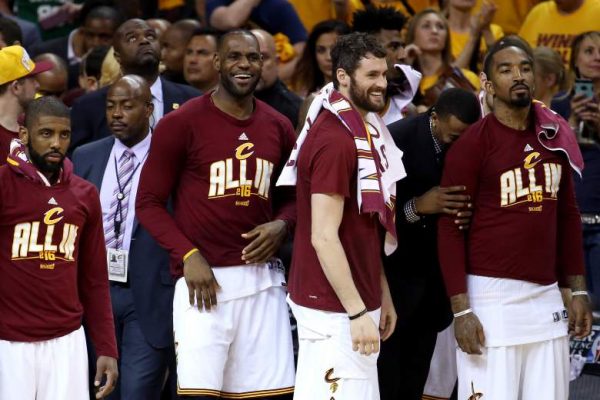 When the Cleveland Cavaliers take the court on Wednesday night at FedExForum in Memphis, three gaping holes will be noticeable to fans. That’s because neither LeBron James, Kyrie Irving nor Kevin Love will be making the brief road trip because of Cavs head coach Tyronn Lue’s decision to rest all three players.

That puts a severe crimp on the chances of the Cavaliers to complete a back-to-back sweep against the team they defeated on Tuesday night by a 103-86 score. That victory was accomplished without Irving in the lineup after Lue had decided to hold him out after the sixth-year point guard complained of tired legs during Saturday’s win against the Charlotte Hornets.

James has been held out of only one game so far this season, that coming on Nov. 16, when Cleveland dropped a 103-93 road decision to the Indiana Pacers. Since his return in 2014, the Cavs have traditionally struggled when he’s not in the lineup, fashioning just a 4-16 record during that time.

Love has played in every game this season, but Lue is holding him out primarily because it gives the forward a chance to rest his back. Last week, he was suffering from back spasms but ended up playing in two games on consecutive nights. In Tuesday night’s victory, he led all scorers with 29 points.

In the trio’s place, DeAndre Liggins will again start in place of Irving, Iman Shumpert will take James’ spot and veteran James Jones will replace Love in the lineup. They’ll look to see if they can improve on the team’s 18-5 season record.