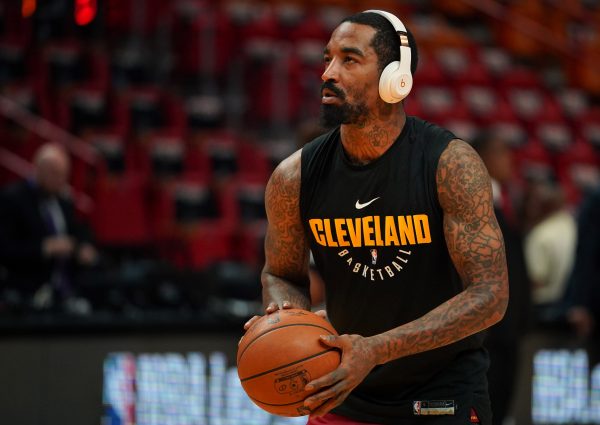 Cleveland Cavaliers guard J.R. Smith is set to begin his 15th season in the NBA and has seen the ups and downs that are part of being a professional athlete.

With the team getting younger during the offseason because of rebuilding, Smith has taken on a leadership mantle this year and delivered some stiff criticism to his teammates for their lack of attention to training issues.

Joe Vardon of The Athletic noted that the criticism took place after Saturday’s practice, the fifth day of the team’s training camp:

“On Saturday, with the team gathered around at the end of practice, Smith scolded teammates, particularly younger players, for failing to show up to the Cavs’ training facility early enough before practice and for not returning text messages from the training staff for appointments. Smith’s speech was in plain sight. We could see it, but we couldn’t hear what he said. A player relayed to me what was the crux of JR’s speech. Tardiness and sloppiness and training room failures were not allowed on LeBron James’ watch. JR is keeping with the tradition.”

The 33-year-old Smith and the other veterans on the Cavaliers all know the importance of working with the training staff over the course of any season. Keeping in top shape not only aids the team, but offers players the opportunity to possibly extend their careers.

That lesson apparently hasn’t quite gotten through to some of his younger teammates, who apparently need to work on their issues related to maturity.

As the article notes, James was a veteran player who wasn’t afraid to step on toes when he felt teammates weren’t helping the team.

James, who left in free agency in July, served as a big influence on Smith himself, with the former Cavalier helping to reshape the image of a player whose off-court reputation had made him toxic in the eyes of much of the league.

Smith’s own role with this year’s edition of the Cavaliers is still uncertain, though he’s taken steps over the offseason to bounce back after two seasons that have seen a decline in his numbers on offense.

He’s got two more years left on the contract he signed in 2016, and could make slightly over $30 million over that time frame. However, he’s only guaranteed to make $3.87 million next year, which means he could lose close to $12 million if the team chooses to release him after this year.