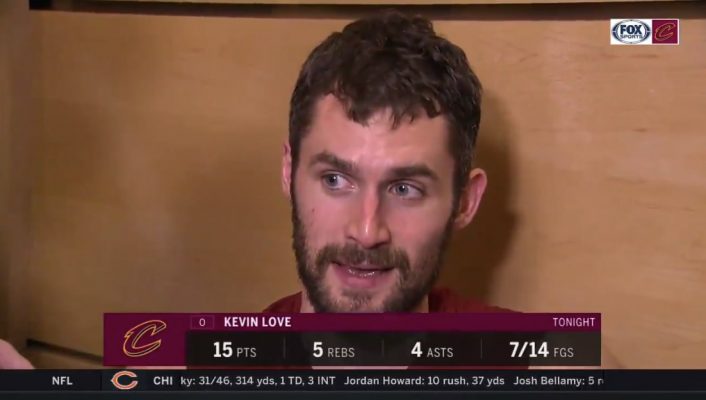 Cleveland Cavaliers head coach Tyronn Lue achieved a bit of history on Saturday night after his team defeated the Utah Jazz by a score of 109-100. The victory marked the 100th regular season win of his NBA coaching career, which began less than two years ago.

The record marked the quickest that any Cavaliers head coach has gotten to that particular milestone, with his players taking time both before and after the game to acknowledge the accomplishment and what Lue brings to the team.

A @cavs win tonight would be Ty Lue's 100th as the team's head coach, and he'd be the fastest one to do so in franchise history.

Not surprisingly, he's earned the utmost respect from his players. pic.twitter.com/dHkJLRcagy

“He’s got a lot of strengths. His biggest one is that he can sit down at the lunch table and talk the game,” Korver said. “Everyone respects his IQ. He knows how to play the game, he knows the stuff he draws out of timeouts has always been excellent. So I think that because there’s that side too, there’s a level of respect. But then also too, he just fits in so well with how he talks and his attitude.”

“I think every day is a learning experience, and he’s learned every day,” James said. “His composure’s gotten better every single day. Just the trust in his guys.”

“He’s only asking you to be the best player you can be,” Green said. “That’s how he’s going to push you. When he does, you’ll thank him for it at the end of the year, because he’s only going to make you better, make the team better.”

“I can go talk to him about anything, I can ask him questions,” Frye said. “I think for him, he’s evolving as a coach. We’re demanding more from him and I think we’re setting the bar higher for him and he’s been great with that.”

"We love playing for him."@kevinlove with some words of appreciation for Ty Lue after the @cavs grind out win no. 100 for their coach. #AllForOne pic.twitter.com/xYsDzNn9rG

“I mean, I didn’t know until after the game, but nothing gets by a number of these guys on the team,” Love said. “That’s awesome. It’s one of those things he’s not going to say much about, but we’re very happy for him and we appreciate things like that, especially when it’s our leader and our coach. It makes it fun, it makes it satisfying.

“I don’t know if I love the term player’s coach, but we love playing for him. His temperament, the way he goes about his business. We really enjoy playing and I think you can see that translating out there on the floor and when you’re around practice every day, it’s just, being around him, being around our coaching staff, it’s infectious.”