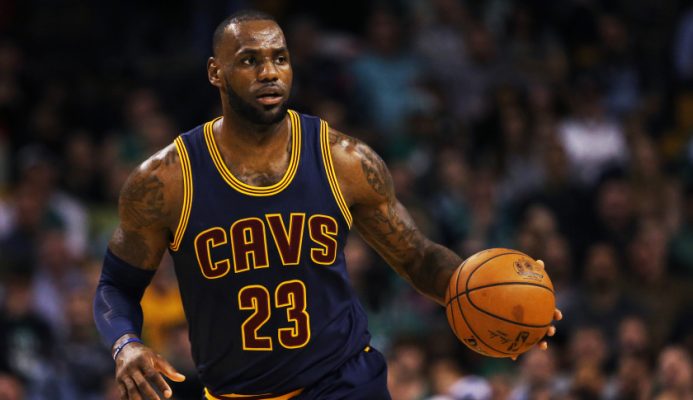 There’s never been a player in NBA history who has entered his 15th NBA campaign as the universally recognized best player in the world, but that’s exactly what is happening with Cleveland Cavaliers superstar LeBron James.

Despite being on the losing side of the last season’s NBA Finals, James put up yet another historic Finals performance becoming the first player in NBA history to average a triple-double. His efforts were even more impressive considering he did it against maybe the greatest collection of talent we’ve ever seen in the Golden State Warriors.

As usual, James has been in the gym working on his body during this offseason, and he has given his fans an inside look into his regimen, as he has been dropping working videos the entire summer so far. More importantly for Cavaliers fans, the four-time MVP has also stated he feels in excellent shape heading into his 15th NBA season.

It’s hard to believe that James is showing absolutely no signs of slowing down after entering the league as a raw 18-year-old and continues to find himself in the Finals every year, amassing a colossal amount of minutes in the process. As the King goes from strength to strength, it seems as though every other night he’s surpassing someone on the NBA’s all-time ladders.

As this upcoming campaign is fast approaching, the kid from Akron is on pace to achieve some uncharted NBA history. As of today, James needs just 1,273 points to reach the 30,000-point club. He would only need to average 17 points per game through 75 games to reach that mark, and considering James averaged more than 25 points per game last season, it’s very likely he will join the exclusive club.

This feat becomes even greater as we put this achievement into perspective in comparison to other all-time great players.

James would be making remarkable NBA history this upcoming season as he sustains his greatness. The numbers he will put up further along his career will be truly mind-boggling, and we may not realize the magnitude of what we are witnessing until he calls it a day and retires from the association.