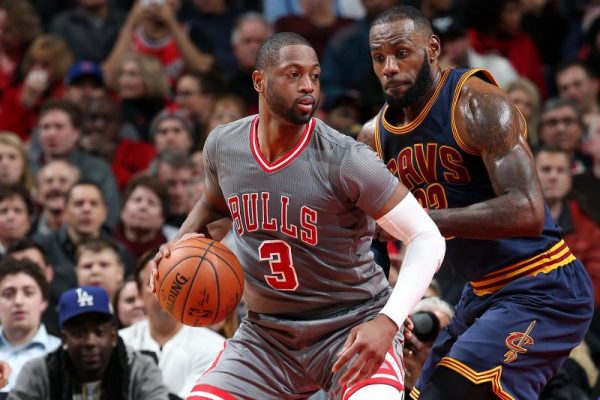 Nick Friedell of ESPN.com reported on Wednesday that Chicago Bulls guard Dwyane Wade is fully expected to be bought out at some point within the next couple months.

He is currently owed $23.8 million for the 2017-18 season and according to ESPN’s Stephen A. Smith, once Wade is bought out, he will likely choose between one of two teams to join:

“I fully expect Dwyane Wade to be gone by the NBA trading deadline, if not before, and it’s only going to be one of two places: He is going to go back to Miami…or he’ll make a pitstop in Cleveland for one final championship run with LeBron James before going back to Miami, but he will end up back in Miami.”

If the Cleveland Cavaliers were to lure Wade, it would have to take some hard convincing by former teammate LeBron James, as the team has just the veteran’s minimum, or what’s left of their taxpayer’s midlevel exception to offer.

dwyane wadefeaturednews ticker
← Previous Story Cavs Rumors: LeBron James and Kyrie Irving Got Together in Miami
Next Story → Report: Kyrie Irving Requested Trade Because of Deal That Nearly Went Down Before NBA Draft