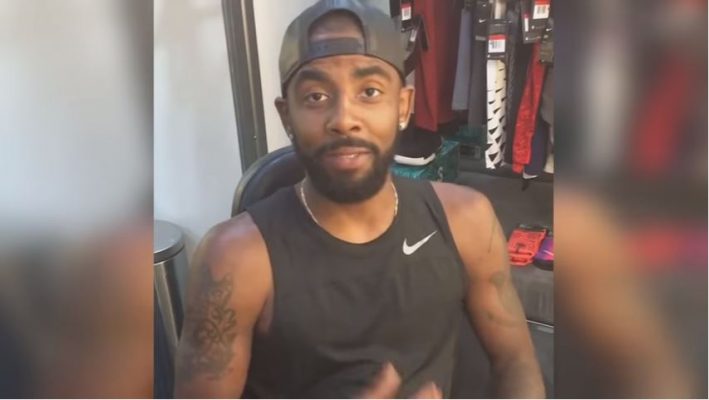 Kyrie Irving is considered to be one of the most dangerous offensive weapons in the entire NBA. However, according to the ratings of the upcoming video game, NBA 2K18, which features Irving as the cover athlete, the Cleveland Cavaliers star still has room to grow.

In a recent interview that took place during a 2K photo shoot, Irving was asked what he believed his rating should be.

When he was told that his rating was a mere 90 out of 100, Irving reacted with playful shock followed immediately by determination.

“I love it. It’s motivating me now,” Irving said. “By the end of the season, mark my words, I will be a 93-plus. You guys are going to stop playing me with my overall rating.”

Watch the video below to see Uncle Drew’s hilarious reaction.

Regardless of his rating, Irving serving as this year’s 2K cover athlete is yet another sign that he is one of the premier stars in the NBA today. Hopefully he can reach his desired rating next year.