LeBron James Reveals Why He Unfollowed the Cavs on Twitter 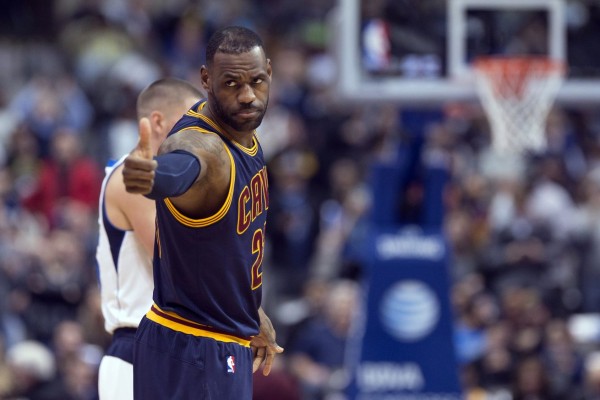 Despite the social media controversy surrounding LeBron James unfollowing the Cleveland Cavaliers on his Twitter account, there appears to be a legitimate non-controversial reason for the action: allowing for more focus on the postseason.

James’s Twitter account was discovered to no longer be following the Cavaliers on Sunday, which doesn’t seem that important when considering that he currently has 28.9 million followers. Joe Vardon of Cleveland.com subsequently noted that a source close to James said that it was an early step in preparing for the postseason, which begins next month.

During his career, James has made a habit of ignoring social media during the postseason in order to focus on winning a title. That strategy has worked during the past five years, with James’ teams reaching the NBA Finals each year and two of his Miami Heat squads winning titles.

Vardon did note that Monday’s shootaround was the first time that James had declined the opportunity to speak with the media, which came after Sunday’s unfollow of the Cavaliers. That in turn came less than 24 hours after a frustrated James spoke about the team’s road problems with the Miami Heat. Other unfollows that were noted by media included team broadcaster Austin Carr and sideline reporter Allie Clifton.

However, James continues to follow the accounts of teammates Kevin Love and Kyrie Irving, which should eliminate talk of any rift between the three players.

Asked about the unfollowing after Monday night’s game in which he collected a triple-double, James refused to comment and then walked away soon afterward.

The tendency for some Cavalier fans is to worry that this could be a sequel to “The Decision.” However, since much of the previous speculation about James and the team since his return in July 2014 has been wrong, the social media shutdown story may not die an official death until James re-signs with the team this July.