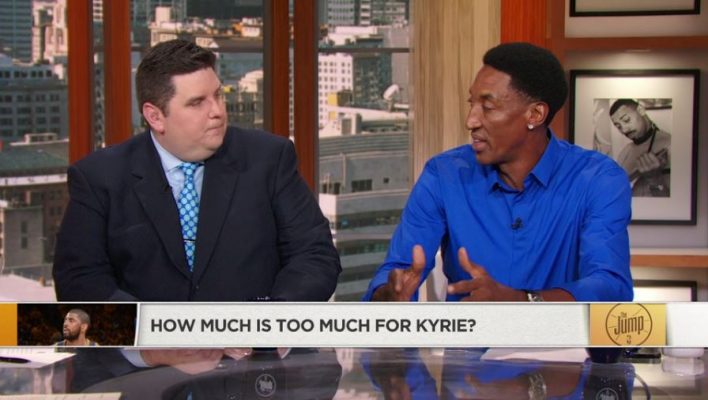 Kyrie Irving has received much criticism since his trade demand from the Cleveland Cavaliers. However, one former player who is familiar with what it means to play in the shadow of an all-time NBA great like LeBron James has come forward in support of the disgruntled star.

Scottie Pippen, who played alongside Michael Jordan during the Chicago Bulls’ dynasty, joined ESPN’s “The Jump” on Friday to discuss Irving’s desire to leave Cleveland.

“I am a very strong supporter of what he’s doing because I’ve watched what has happened to him in his career and how things went for him in Cleveland, and I think he’s at a superstar level now that he can control his own destiny,” he said. “A lot of players in our game have that opportunity and they don’t take advantage of it. I think it’s the perfect timing, Cleveland didn’t win a championship, they were right there, but there’s been a lot of things going on within that organization.”

Pippen added that the speculation that James may consider leaving the Cavs following the upcoming season could be playing a role in Irving’s desire to be traded.

“LeBron doesn’t give those guys the security that they need, that the superstar is gonna be there and he’s gonna support us and I see Kyrie looking at the opportunity to run before LeBron runs,” Pippen said. “Because there’s a lot of chatter out there that LeBron’s coming to play with the Lakers.”

While it’s easy to criticize Irving for how his trade demand has impacted the future of the Cavaliers, it seems that at least Pippen has his back.