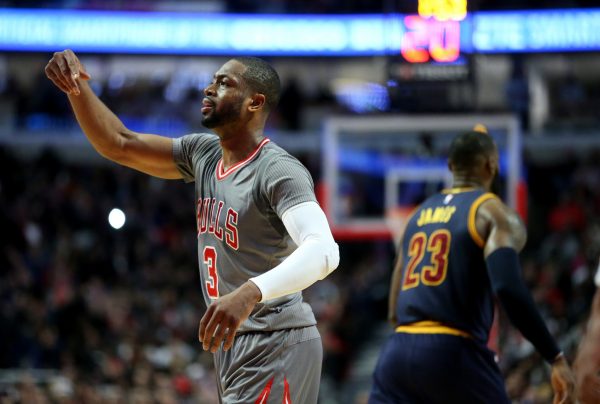 Dwyane Wade is ready to become the newest member of the Cleveland Cavaliers, but to complete the exciting addition, the Cavs must free up a spot on their current roster.

While it had previously been reported that the Cavs may pursue a low-level trade to free up a spot, according to cleveland.com’s Joe Vardon, the Cavs will likely waive Kendrick Perkins to make room for Wade in the Cavaliers’ preseason camp.

The Cavs will probably cut Kendrick Perkins to make room for Dwyane Wade in camp; a larger roster move would be needed later

As Vardon points out, a larger roster move would be needed later when the Cavs are forced to cut down to the 15-man limit. This leaves the door open for a possible trade before the regular season begins and even more offseason excitement.