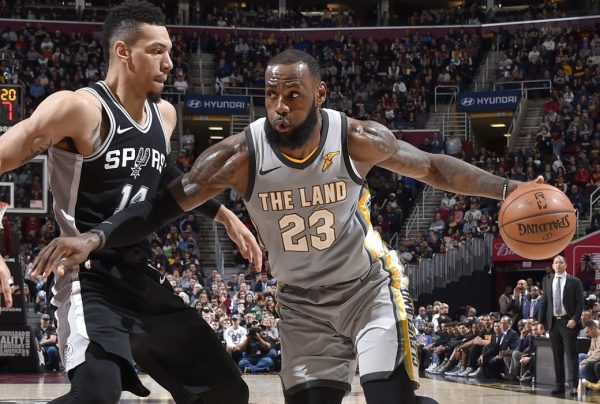 On Thursday morning, it was reported that the Cleveland Cavaliers are keeping a close eye on the growing tension between Kawhi Leonard and the San Antonio Spurs.

To add to the growing rumors, Spurs guard Danny Green appeared on the “In The Zone” podcast with Chris Broussard on Wednesday, and said that LeBron James would fit perfectly as a member of the Spurs.

Green has some experience playing alongside James, as the two were teammates in Cleveland during the 2009-10 season. Based on his comments, it seems that he would like to play alongside the four-time MVP once again.

“For him, not just us, but any team where they have good coaching or a good organization or a good surrounding or a good foundation, I think we’ll take him in and a win a lot of games and also be a contender,” he said.

“He himself can make any team a contender. Being in the Spurs organization, obviously with Pop, and depending on who they’ll be able to keep—

“If they can still keep Kawhi and [LaMarcus Aldridge] and those foundational pieces, it would be interesting to see.”

With the playoffs just over two a week away, James’ focus couldn’t be further away from his impending free agency. However, it is clear that the James sweepstakes have already begun. Hopefully, the Cavs have done enough this season to convince James that he should continue his career as the hometown hero of Northeast Ohio.