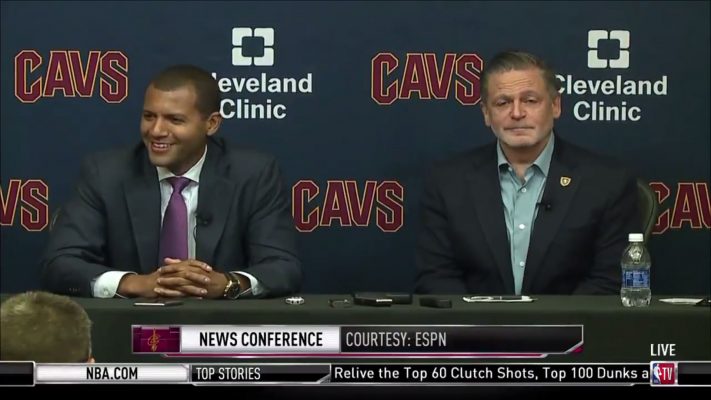 While the event was mostly to celebrate Altman’s hiring and speak about his future with the team, it was also the first time the two spoke on record about Kyrie Irving‘s recent trade demand. For the most part, the two kept it as general as possible, acknowledging aspects of the story, but also stating that they expect Irving to be ready for Cavs training camp.

While the two succeeded in maintaining a thick smoke screen for the majority of the press conference, Gilbert couldn’t help but react when the question of attempting to trade for Paul George was brought up.

“I will say that Indiana could have done better than they did,” he stated matter-of-factly.

"Indiana could have done better than they did."

It seems clear that Gilbert believed the deal they offered the Indiana Pacers in return for George was far better than the trade they eventually accepted from the Oklahoma City Thunder.

Only time will tell if the Cavs will be able to get a better return than George on an Irving trade that seems all but inevitable, regardless of what Altman and Gilbert say.