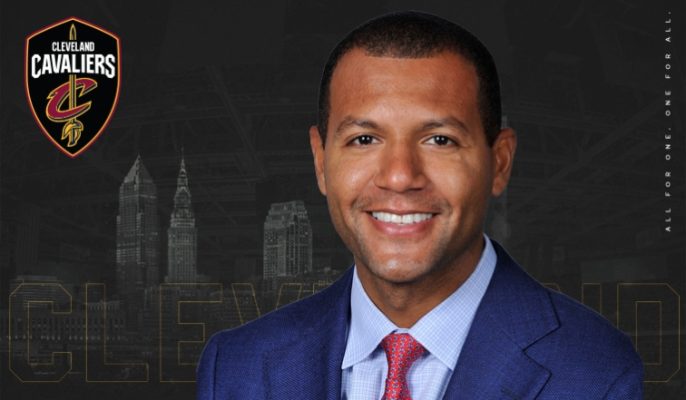 After five years as a member of the Cleveland Cavaliers front office, Koby Altman was officially named team general manager on Monday.

While Altman may have not been the Cavs’ first choice to replace former GM David Griffin, he seems no less grateful and ecstatic for the opportunity to continue working to bring yet another NBA championship to Cleveland.

“I am incredibly grateful to Dan (Gilbert) for the opportunity to become general manager of the Cavaliers. His confidence, support and strong commitment to achieving our collective goals is very clear to me and I look forward to continuing our efforts,” Altman said in a team statement. “I am also excited and proud to lead a front office team that will continue to be sharply focused on competing for championships. That challenge is what drives all of us. Cleveland fans support the Cavs with passion, pride and loyalty. That’s something all of us here have a deep respect for and will never take for granted. We will always work hard and search for creative ideas that will impact our success on the court and in the community.”

Amid all of the drama and upheaval that has been taking place over the last several days, it is promising to see Altman’s enthusiasm for the opportunity and commitment to winning. It’s clear his love for the team and people of Cleveland has not wavered.

His first official days as the Cavs’ general manager will be a trial by fire, as his first task will be to make sure that the team receives as high a return as possible for disgruntled star Kyrie Irving.