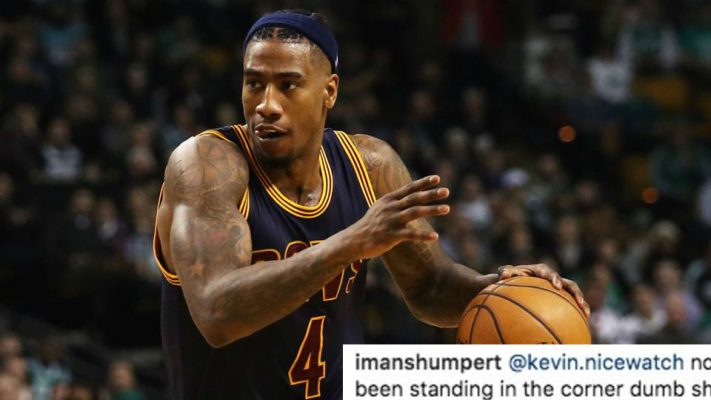 Is it possible that Kyrie Irving isn’t the only current unhappy player on the Cleveland Cavaliers?

In an Instagram picture Iman Shumpert posted on Saturday, the six-year pro got into a little spat with a fan who criticized his play. According to Shumpert’s response, it appears he is either unhappy with his playing time or with how he’s currently being utilized by the Cavs.

The original post was harmless enough, as Shump posted a picture of him and his wife Teyana Taylor.

…feels good when you make it from nothin…

As it often does, however, the drama lied in the ensuing comments. Bleacher Report’s Jordan Zirm captured the interaction between Shumpert and a disappointed fan.

there was also this exchange on Iman Shumpert's IG yesterday. things are fine pic.twitter.com/wzoRhehrzP

As stated previously, Shumpert’s apparent discontent could be a result of how he was being used by the Cavs last season or because his name has popped up in multiple trade rumors throughout the offseason. Either way, it seems trouble may be brewing on multiple fronts in Cleveland.