David Blatt Admits Transition to NBA Was Tougher Than Anticipated 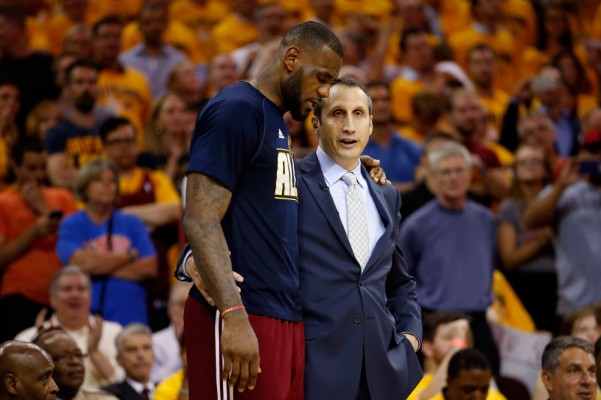 Although the Cleveland Cavaliers advanced to the NBA Finals in his first season as head coach, David Blatt did not feel it was a cake walk.

While speaking as a panelist on Monday at a scouting school in Las Vegas, Blatt spoke on the difficulties of making the transition from being a successful coach in Europe to becoming a head coach in the NBA for the first time.

“When I came to the NBA I was under the impression that this was going to be a breeze,” Blatt said. “I’ve been coaching for 23 years at the highest level in Europe. I coached in the national-team environment, coached professional teams, coached Euroleague teams and I thought I thought I knew basketball and I thought I knew how to coach. Which, in my mind, I did.

But I realized that when I came over here it was a very, very different game with a whole new set of problems and a whole slew of things to deal with inside and outside of the game.”

Early on in the 2014-15 season, the Cavaliers struggled as LeBron James, Kyrie Irving and Kevin Love tried to gain chemistry playing with each other. Cleveland started out the season 19-20 before going on a 12-game winning streak from mid-January through early February.

They managed to recover from their early season struggles and clinched the No. 2 seed in the Eastern Conference. Despite losing star players Irving and Love to season-ending injuries during the postseason run, Blatt was able to coach the Cavaliers to a 2-1 series lead over the Golden State Warriors in the NBA Finals. Cleveland would go on to lose the series in six games.

Blatt detailed how frustrating it was for the Cavaliers to constantly shuffle their lineups due to the mounting injuries:

“We were playing every game with a different team. We started off with one team, then we lost one guy so we had to change a little bit of the way we played. Played a few more games and another guy went down, played with a different team, that guy came back, then all of a sudden we were playing with half of our old team and it just kind of went like that as we went along.”

The former Euroleague coach added one last statement in regards to the NBA Finals loss:

“I’m really angry we didn’t play the final series with all of our players.”

With the Cavaliers returning most of their key players from last year, including the addition of former All-Star Mo Williams, they’ll have another chance at redemption during the 2015-16 season.