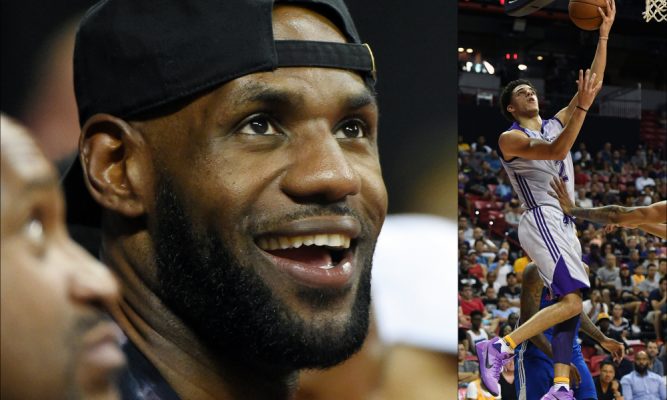 The rumors of LeBron James possibly leaving his hometown Cleveland Cavaliers to join the Los Angeles Lakers in the 2018-19 season are being more and more justified by the day.

Just last night, James was seen at the Lakers’ summer league game against the Philadelphia 76ers to evidently observe rookie sensation Lonzo Ball. In addition to recruiting the point guard to his footwear company, the four-time MVP reportedly paid some compliments to Ball as well.

According to Mark Medina of the Los Angeles Daily News, here’s what James had to say about Ball’s passing:

.@MarkG_Medina on LeBron showing up to Lakers Summer League game: "He was overheard telling people he was impressed with Lonzo's passing." pic.twitter.com/c6sY6XrQQr

The Lakers have already added Kentavious Caldwell-Pope and Brook Lopez to their multi-talented roster, and with rumors of superstar Paul George heading to Los Angeles in 2018-19 as well, it’s not surprising to see why many are predicting The King heading west in 2018.