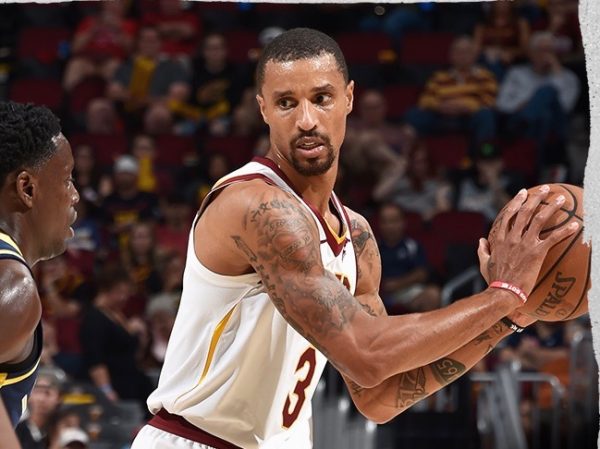 Cleveland Cavaliers veteran point guard George Hill has missed the last nine games with a sprained right shoulder, but his return could come on Wednesday night against the Oklahoma City Thunder.

According to Chris Fedor of Cleveland.com, Hill played four-on-four with his teammates prior to a two-game road trip that begins Wednesday.

Not long ago, Drew mentioned that rookie point guard Collin Sexton’s recent play may earn him the starting point guard role even when Hill does return. At the moment, it seems that Drew is still deciding who will run the point when Hill is ready to retake the court.

Before his injury, Hill was averaging 12.6 points and 3.0 assists per game. Sexton, on the other hand, has averaged 18.6 points, 4.0 rebounds, and 3.0 assists in his last five games. Considering his clear progression and importance to the future of the team, it would be something of a surprise to see Sexton relegated to a supporting role.

Regardless of whether or not Hill reclaims the starting point guard position, it will be great to have yet another veteran presence on the court. The Cavs have struggled with injuries to their roster throughout this young season, but it seems they are slowly but surely returning to full strength.

cleveland cavalierscollin sextonfeaturedGeorge Hilllarry drewnews ticker
← Previous Story Report: Cavs Have Been Trying to Trade for Wesley Matthews for Past Year
Next Story → Report: Cavs Have Trade Package on Table for Markelle Fultz