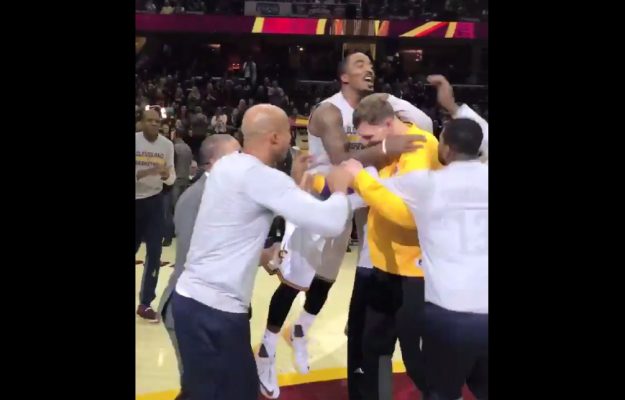 Former Cleveland Cavaliers center Timofey Mozgov is back in Quicken Loans Arena for the first time since signing with the Los Angeles Lakers in the 2016 offseason.

The center was instrumental in the Cavs winning their first-ever NBA championship back in June, as he played backup to Tristan Thompson during the team’s playoff run.

Watch as the beloved center receives his championship ring and subsequently gets ambushed by nearly the entire Cavs squad.