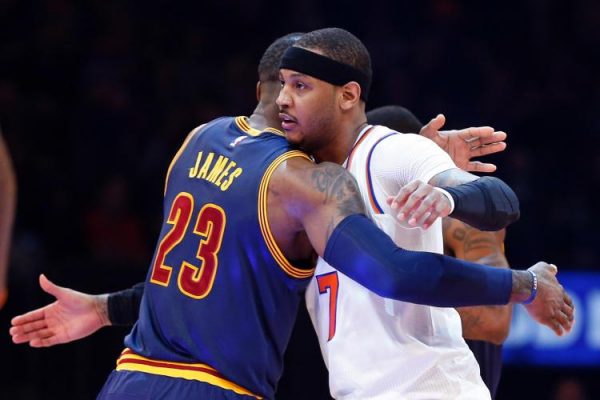 The Cleveland Cavaliers have been the center of the NBA rumor mill since the NBA Finals ended, and the rumors are showing no sign of slowing down. In addition to reports that the Cavs are exploring a three-team trade for Paul George, ESPN is now reporting that, according to league sources, Carmelo Anthony could also be headed to Cleveland.

According to ESPN’s Marc Stein and Chris Haynes, the Cavs are the leading contender to sign Anthony if his current team, the New York Knicks, buy him out of his current contract.

Anthony is currently under a five-year contract that would pay him $26,243,760 this upcoming season. However, if he is bought out, he would be able to sign for a much more affordable contract, making it possible for the Cavaliers to sign him, despite already claiming the highest payroll in the NBA at $127,254,579.

If this NBA offseason has taught us anything, it’s that these rumors are nothing more than wishful thinking until these stars put pen to paper.