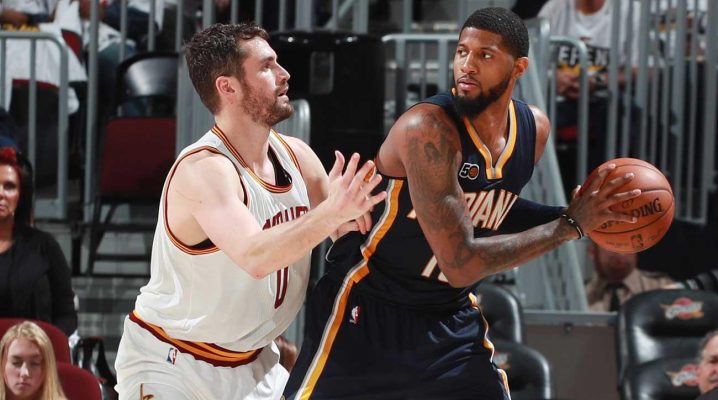 Just when you thought the possibility of Paul George heading to the Cleveland Cavaliers was dead, a new NBA offseason rumor has reared its hopeful head.

According to Marc Stein of ESPN, the Indiana Pacers, Denver Nuggets, and Cavs have been working on a potential three-way trade that would send George to the Cavaliers and Kevin Love to the Nuggets.

League sources: Cavs, Pacers and Nuggets have discussed a three-way deal that would land Paul George in Cleveland and Kevin Love in Denver

ESPN’s Chris Haynes has reported on a version of the same deal that would also send Kenneth Faried to the Cavaliers, assumably to take over the starting power forward role.

While these deals are nothing more than rumors at the moment, trading two starter quality players for the price of one would be a fantastic offseason move for the defending Eastern Conference champs.