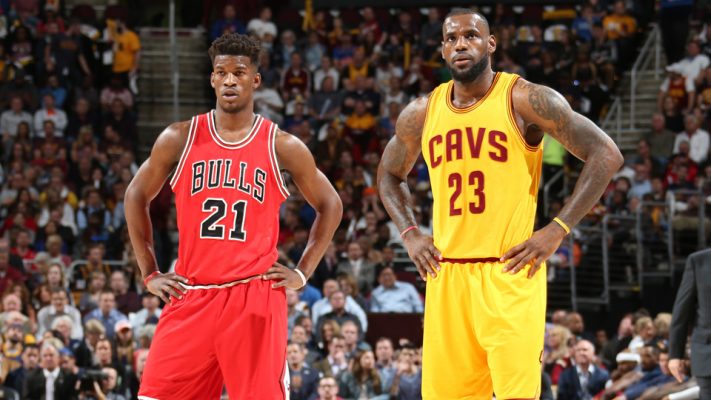 According to Marc Stein of ESPN, the Cleveland Cavaliers have been working on trying to acquire the Chicago Bulls’ Jimmy Butler through a multi-team trade. In addition to the Cavs and Bulls, the third team reportedly involved would be the Phoenix Suns.

The Cavaliers, per league sources, have been working today on assembling multi-team trade scenarios to try to acquire Chicago's Jimmy Butler

Suns would be possibility for 3rd team. https://t.co/9sxmioJYgO

The details of the players involved have not been released yet, however adding a two-way player of Butler’s caliber to a team in desperate need of an elite perimeter defender could ascend the Cavs to NBA Finals favorites, depending on who they’re willing to part with.

Stay tuned as we keep you posted here on CavaliersNation.com.