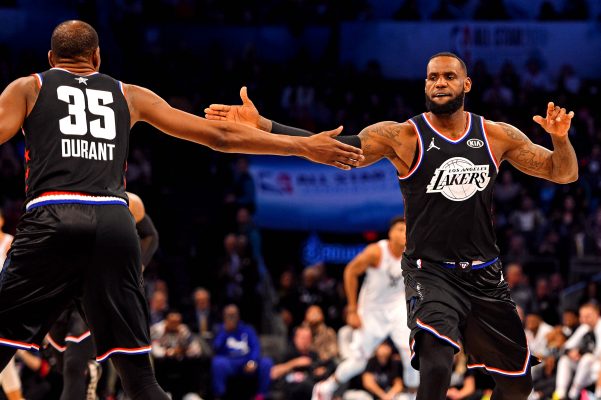 For more than a decade, LeBron James and Kevin Durant have been two of the top players in the NBA.

For the first time in a while, there’s some very real discussion about whether or not  the former Cleveland Cavaliers superstar is the best player in the world.

Many players can make a case for dethroning James, but perhaps none can do so as convincingly as Durant. Over the weekend Durant, who was named the All-Star Game MVP on Sunday, addressed the issue of who the best player is.

His answer was both confident and diplomatic.

Durant, who has been named the NBA Finals MVP in each of the last two seasons with the Golden State Warriors, is putting up very similar numbers to James.  who is playing his first season with the Los Angeles Lakers.

While James still has Durant beat in terms of championships, with three rings to two, that could likely change in a matter of months. The Warriors are currently looking to win a third straight title this season.