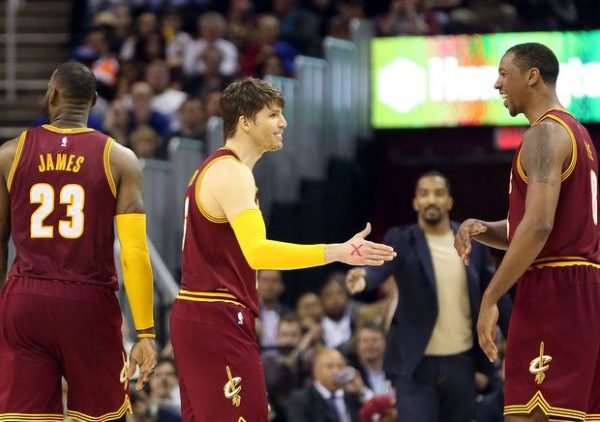 According to Joe Vardon of Cleveland.com, the Cleveland Cavaliers are “intent” on bringing back veteran shooting guard Kyle Korver for the 2017-18 season.

With the Cavs already way over the salary cap, it will be difficult finding a replacement for somebody of Korver’s talent on the free-agent market. The Cavs have Korver’s Bird rights, which basically means they can go above the salary cap to re-sign him.

In other news, according to Vardon, the Cavs are unlikely to bring back veteran point guard Deron Williams because the most they could offer him is the $5.1 million exception. Vardon states that the point guard is likely to seek a better deal elsewhere.